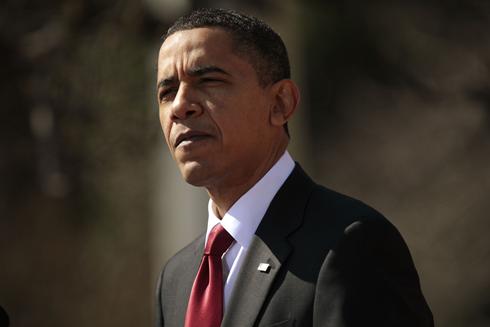 Victory within reach, President Obama set his sights on rallying House Democrats on Saturday for a final health care push as party leaders appeared confident they had overcome a flare-up within their ranks over abortion funding restrictions in the legislation.

Building on Democrats’ momentum, House leaders decided on a straight up-or-down vote on Obama’s top priority and the defining issue of his first year in office, backing off a much-challenged plan to vote on the bill indirectly. With the vote scheduled for Sunday, the battle tilted in Obama’s direction as more Democrats disclosed how they would vote.

The president decided to make a final personal appeal with a Saturday afternoon visit to the Capitol where Senate Majority Leader Harry Reid, D-Nev., was expected to reassure House rank and file that the Senate would complete the legislation. Reid’s means would be a letter indicating he had the votes.

The legislation, affecting virtually every American and more than a year in the making, would extend coverage to an estimated 32 million uninsured, bar insurers from denying coverage on the basis of existing medical conditions and cut federal deficits by an estimated $138 billion over a decade.

Congressional analysts estimate the cost of the two bills combined would be $940 billion over a decade.

Republicans, unanimous in opposition to the bill, complained anew about its cost and reach.

One option on abortion emerged Saturday — an executive order from Obama — that would reflect long-standing law barring federal aid for abortions except for cases of rape, incest or when the mother’s life is in danger. Party leaders saw that approach as crucial to winning the support of anti-abortion Democrats for the health care bill.

House Speaker Nancy Pelosi, asked if they were working on an executive order, said simply: “Ask the president.”

It was unclear whether the strategy would win support from conservative Rep. Bart Stupak, D-Mich., leader of abortion foes who are opposing the health bill unless tight restrictions are included.

Democratic leaders and Obama focused last-minute lobbying efforts on two groups of Democrats: 37 who voted against an earlier bill in the House and 40 who voted for it only after first making sure it would include strict abortion limits that now have been modified.

Leaders worked into Friday night attempting to resolve the dispute over abortion, and Saturday morning they were increasingly confident it would not scuttle the bill.

Rep. Henry Waxman, D-Calif., said leaders are closing in on the votes to pass the bill and probably won’t need to give Stupak a vote on his language. “That’s the likely outcome,” he said.

Asked by reporters if she would allow a separate vote on abortion restrictions, Pelosi, D-Calif., seemed to rule it out. “Not on abortion, not on public option, not on single payer, not on anything,” she responded. Pelosi met Saturday with three undecided lawmakers who are part of Stupak’s group. Eight Democrats joined him Friday co-sponsoring a resolution to “correct” the Senate bill by inserting stronger language.

Pelosi met separately with three anti-abortion Democrats — Reps. Kathy Dahlkemper and Chris Carney of Pennsylvania, and Steven Driehaus of Ohio. All three had voted in November for Stupak’s strict limits on abortion funding.

Stupak’s office postponed a news conference the lawmaker had scheduled for Saturday morning. He was later seen on the House floor talking intently with Pelosi.

Along with eight Democrats and one Republican as co-sponsors, Stupak had introduced a resolution Friday that would insert his abortion restrictions as a “correction” to the underlying bill. That would add new complications to the already complex strategy Democrats are pursuing to pass the bill, requiring additional votes on a highly charged issue. Abortion opponents are divided over whether restrictions on taxpayer funding for abortion already in the bill go far enough.

The House Rules Committee worked through the day Saturday to set the terms for the vote. Democratic leaders dropped plans to “deem and pass” the bill with a vote simply on the rule, a procedure used by both parties but one that has been widely criticized for legislation as massive as health care overhaul.

“This process corrupts and prostitutes the system,” said Rep. Joe Barton, R-Texas, pleading with the Rules Committee head, Rep. Louise Slaughter, to allow separate votes on the underlying Senate bill and the fixes.

Slaughter, D-N.Y., chastised Barton, a GOP leader on health care, and said his party had “opted out” of co-operating on the legislation. “We have to get on with it,” she said.

Under the two-step approach, the House would vote on the Senate bill and a companion fix-it bill.

The vote count seemed to be breaking in Obama’s favor.

An abortion foe, Rep. Baron Hill, D-Ind., said Saturday announced he would support the bill. In addition, Reps. John Boccieri of Ohio, Scott Murphy of New York and Allen Boyd and Suzanne Kosmas of Florida became the latest Democrats to say they would vote “yes” after voting against an earlier version that passed last year. Their announcements Friday brought the number of switches in favor of the bill to seven.

On the other side of the ledger, Reps. Michael Arcuri of New York and Stephen Lynch of Massachusetts became the first Democratic former supporters to announce their intention to oppose the bill.

“Congressman, we will not be able to explain to the working women and men of our union why you voted against their interests,” said the letter, signed by Robert Haynes, president of the Massachusetts AFL-CIO and other labor leaders.