Bulls’ Rose to have surgery on torn meniscus 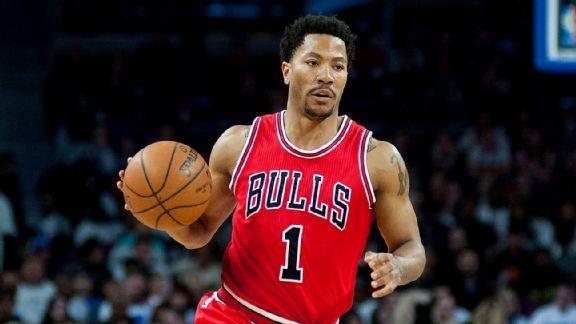 CHICAGO — Bulls guard Derrick Rose has a torn meniscus in his right knee and will undergo surgery, the team said Tuesday.

The Bulls thrive in the underdog role, but without Derrick Rose, that’s all this group likely will ever be, Nick Friedell writes. Story

Kevin Pelton examines how much the loss of Derrick Rose to another knee surgery will hurt the Bulls’ chances.

Rose reported earlier in the day with right knee pain. An exam and subsequent MRI confirmed the tear.

A timetable for Rose’s return will be determined once he has surgery, the team said. The Bulls and Rose decided to fix the meniscus tear instead of cutting the damaged part out in order to elongate Rose’s career.

The general feeling within the organization from several team personnel on Tuesday night was one of disbelief and sadness after all the rehab work Rose put in over the last two and a half seasons.

The torn meniscus is the same injury he sustained in Nov. 23, 2013 against the Portland Trail Blazers.

Rose tore the anterior cruciate ligament in his left knee in Game 1 of the 2012 playoffs against Philadelphia.

The 2011 NBA MVP then missed the entire next season and played in only 10 games before the previous right knee injury shelved him for the rest of last season.

This season, Rose was scratched for one game last month for soreness in his left knee and missed four games in November with a hamstring injury.

It’s unclear when Rose re-injured the knee. He appeared to be rounding into form last month, averaging 22.6 points over his final 14 games before the All-Star break, but he had struggled since returning to the court after the time off.

Since his MVP 2010-11, when he played in nearly every game, Derrick Rose has struggled to stay on the court and when playing has seen a dip in results:

Rose had eight points on 1-for-13 shooting while playing almost 33 minutes in Monday night’s 87-71 victory over Milwaukee. He averaged 10.7 points on 23.5 percent shooting in Chicago’s first three games after the break.

It’s quite a blow for the surging Bulls, who have won six of seven and appeared to be picking up steam after a tough stretch.

LeBron James and Paul George were among many players reacting to the news on Twitter late Tuesday.

Damn man send one up for D Rose.. Hate this keeps coming back but like before it won’t keep you down! =O

ESPNChicago.com’s Nick Friedell and The Associated Press contributed to this report.