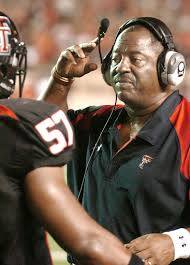 Texas Tech defensive coordinator Ruffin McNeill and four other assistant coaches were fired Wednesday as new Red Raiders coach Tommy Tuberville cleared the way for his own staff.  Ruffin McNeill lead Texas Tech to a bowl victory after the firing of its head coach for abusive behaviour of one of its player.

So far, Tuberville has hired Neal Brown, formerly of Troy, as offensive coordinator. And The Tuscaloosa News reported Wednesday that Alabama linebackers coach James Willis had agreed in principle to become the Red Raiders’ defensive coordinator, according to a source close to the situation. Willis worked with Tuberville at Auburn for three seasons, according to the report.

McNeill was named interim coach at Texas Tech when former coach Mike Leach was suspended and then fired over the treatment of a player who had been diagnosed with a concussion. Tuberville and McNeill were the only applicants interviewed to replace Leach.

Riley, who called offensive plays in Texas Tech’s 41-31 win over Michigan State in the Valero Alamo Bowl, released a statement asking the school’s supporters to support back the new regime and the players, according to the Lubbock Avalanche-Journal.

“I know many people are upset about many things that have happened, but that is the hand that we have all been dealt,” Riley wrote, according to the report. “During this time it is important for all Texas Tech fans to pull together behind the new staff and, most importantly, the players. You have a special group of young men that represent you, and I encourage every Red Raider to never take that for granted.”

Meanwhile, “Team Leach,” a group of Leach’s supporters, was planning to demonstrate Thursday on campus in support of the fired coach.

“[The rally] is to show there are a significant number of people who have concerns about the way coach Leach was fired,” group spokesman Charlie Hodges said, according to the Lubbock Avalanche-Journal. “We have a number of questions we’d like to have answers to. We don’t want anything swept under the rug.”