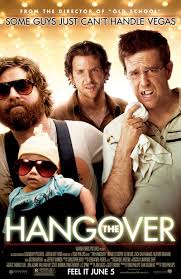 Box office sensation “Avatar” was named best film drama and “The Hangover” claimed the top comedy trophy at the Golden Globe Awards on Sunday in Hollywood’s annual race to the Oscars.

Among actors, Sandra Bullock earned the title of best film actress in a drama for football movie “The Blind Side,” while Jeff Bridges was  best dramatic actor for his turn as a down-and-out country singer in “Crazy Heart.”

Robert Downey, Jr. won the Golden Globe for best comedy actor for his turn as super sleuth Sherlock Holmes in “Sherlock Holmes,” and Meryl Streep was the top actress in a comedy for cooking film “Julie & Julia” in a show that took on a somber tone after the recent earthquake in Haiti.

The glitzy Golden Globes, one of the most-watched awards shows in Hollywood, were filled with statements of thankfulness by A-list celebrities far from the chaos of the recent disaster in Haiti. Many stars wore yellow, blue and red ribbons to show their support for victims.

Accepting her award, Streep said she had to remember “my happy movie self, in the face of everything I’m aware of in the real world.” She said her mother, now deceased, had a sense of joy that, during difficult times, taught Streep how to be grateful for success.

The Golden Globes are given out by some 90 members of the Hollywood Foreign Press Association to film and television actors, directors and others, and a win here can give movies the momentum they need in Hollywood’s race for Oscars, the world’s top movie honors given out in March.

“Inglourious Basterds” star Chistoph Waltz was named best supporting actor in a film, and Mo’Nique earned best supporting film actress, going against her reputation as a comedienne and playing an abusive mother in dark drama “Precious: Based on the Novel ‘Push’ by Sapphire.”