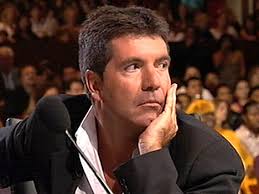 Simon Cowell confirmed speculation that has been going on for months: X Factor, the British talent series he produces, will come to Fox in fall 2011. The deal was reached at 11:30 a.m. PT today.

Cowell signed the agreement on stage before TV critics here, then announced he would appear as a judge — and “because of that, this will be my last season on American Idol,” Cowell says. “I don’t think it was right to do two shows in America.”

X Factor is a huge hit in the U.K., launching the career of singer Leona Lewis, and has since expanded to 17 countries. Like Idol, it has performance and results shows.

But in some ways it’s different from Idol: “The auditions are done live, and they have to sing to a backup track,” Cowell says. “The age range can go to 14 and likely go younger than that. There is no age limit. You could literally be 100 years old. Singing groups are eligible. And the biggest difference is that judges mentor groups (of contestants), so (they) are responsible for everything that happens. So essentially the judge is as responsible as the singer.”

Will one of those judges be Paula Abdul? “I adore Paula. Whatever happens, I will be working with her in some capacity,” he says.

Idol producer 19 Entertainment sued Cowell in 2005, claiming X Factor copied Idol‘s format, but the suit was later settled and Cowell extended his Idol contract, which had prevented him from bringing the new show to U.S. television. Cowell also produces NBC‘s America’s Got Talent.

How will it affect Idol? Cowell says he wants to leave Idol in a stronger position than it was last year, with Ellen DeGeneres replacing Paula Abdul as a judge. “I never would have wanted to walk out when the show is No. 21 in the ratings; you want to leave on a high.”

But Cowell is considered crucial to Idol‘s success.

“Simon is irreplaceable, but it’s incumbent on us to make Idol vibrant and entertaining,” says Fox entertainment chairman Peter Rice. Other Fox execs privately say they hope he’ll agree to appear on Idol next season in some capacity before X Factor‘s launch.