Since their romantic nuptials in 2015, Sofia Vergara and Joe Manganiellohave blessed us with a multitude of cute moments for Jofie fans to gush over.

Who could forget when the Magic Mike star famously caught a glimpse of Vergara’s derriere at the 2014 White House Correspondents Dinner and flurry of fireworks went off in the distance? But like any love-at-first-sight story, their union came with a few obstacles—like the fact that she was engaged to entrepreneur Nick Loeb when they met that night.

The Modern Family bombshell coincidentally ended things with her then-fiancé a few weeks later, making room for a new man by the name of Joe in her life.

The couple kicked off their whirlwind romance and after nearly a year and a half, they wed in a lavish ceremony surrounded by family and friends. The rest, as they say, is history!

In the last two years, we’ve seen Joe write a 40-page book of love for Sofia’s first anniversary gift, and she return the favor by setting up the ultimate man cave for her husband to play Dungeons and Dragons in. Clearly, this couple is as in love and committed to each other as ever.

So while their love story is only two years in the making, we can’t help but to look forward to the many next chapters they look forward to embracing. Happy Anniversary!

To see just how adorable the pair is, check out the gallery below. 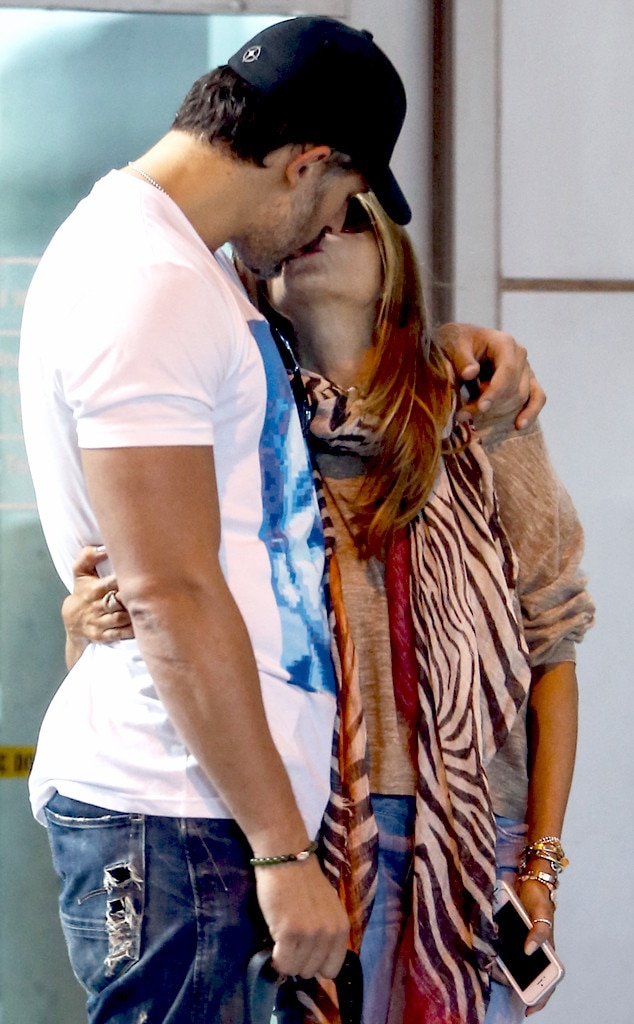 Too cute! The lovers share a sweet kiss at the airport. 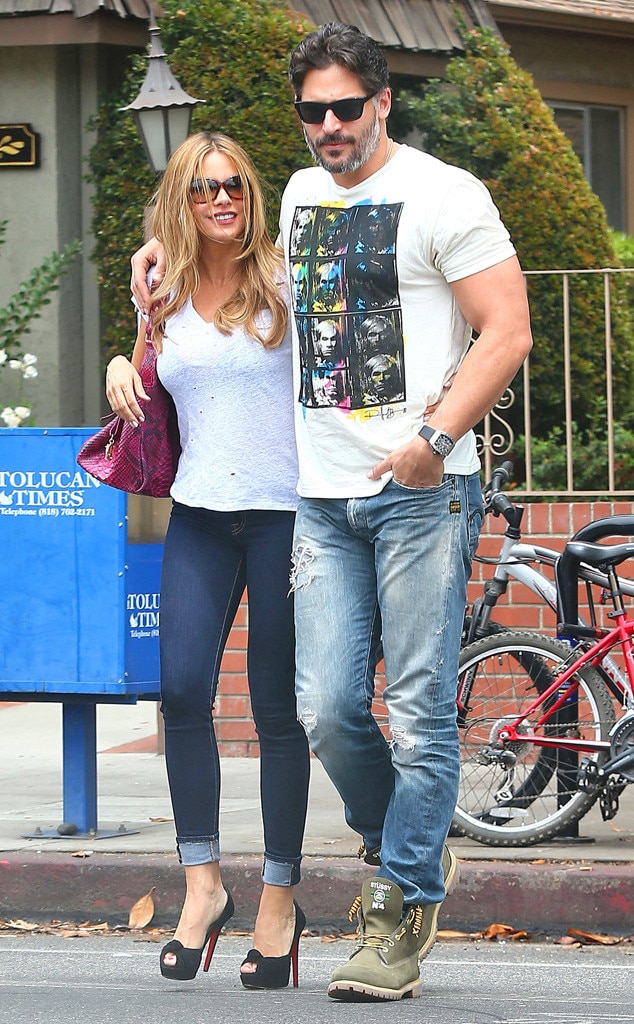 The couple can’t keep their hands off each other! 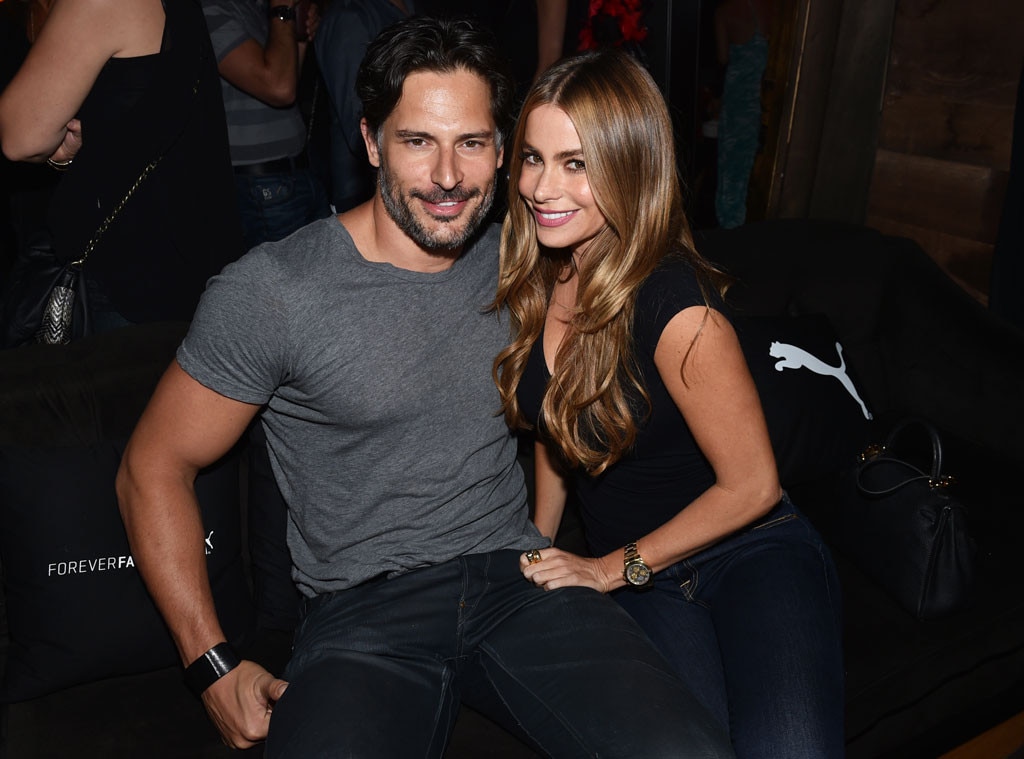 The Modern Family actress cuddles up to her man during a Justin Timberlake concert at the Staples Center. 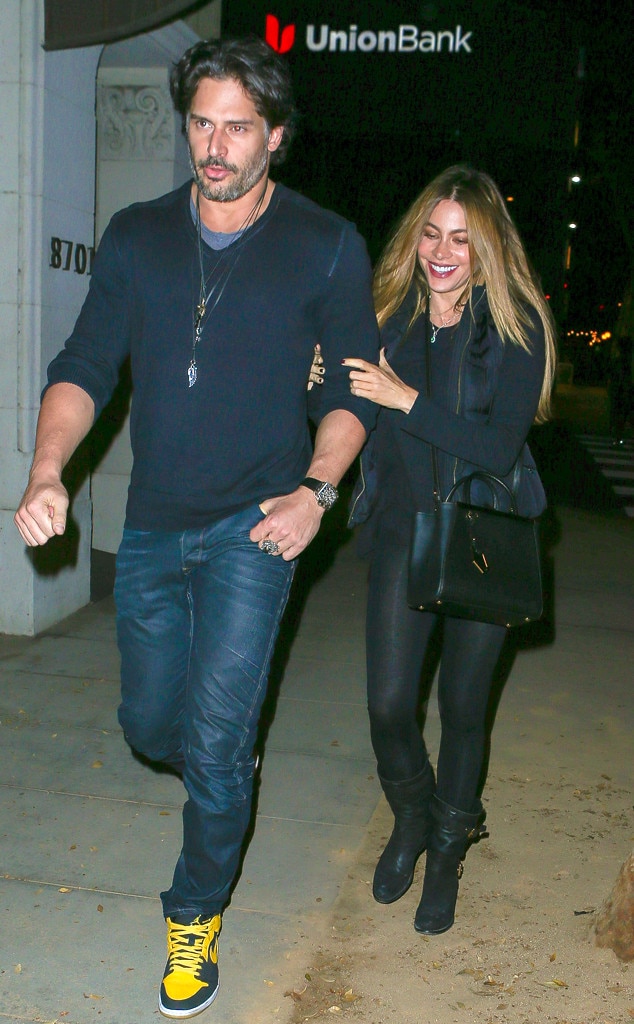 The dashing duo enjoy a date night in West Hollywood. 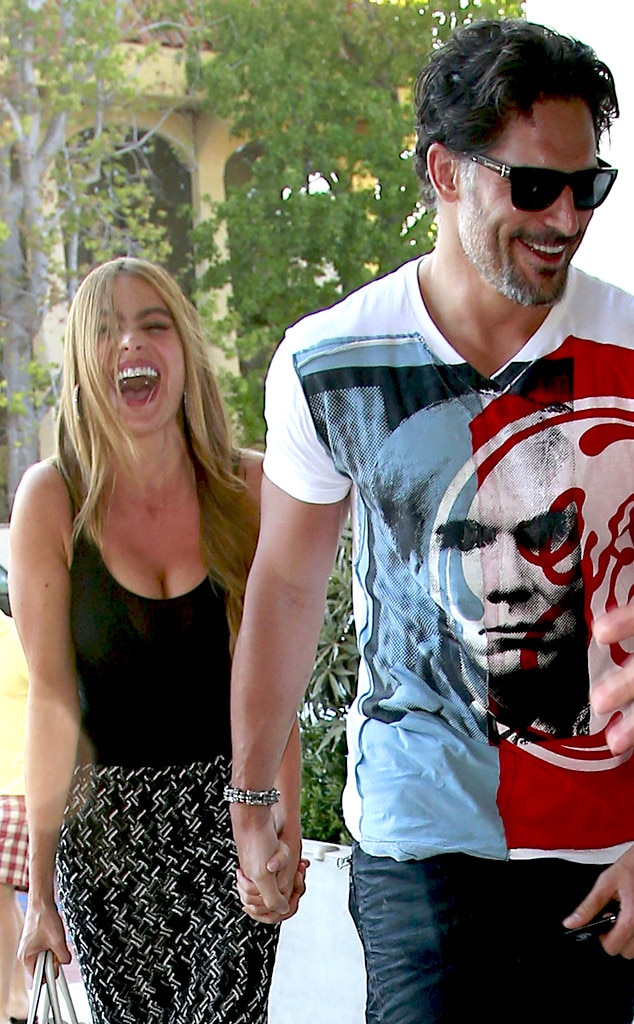 If Joe was our boyfriend, we’d be smiling that big too! 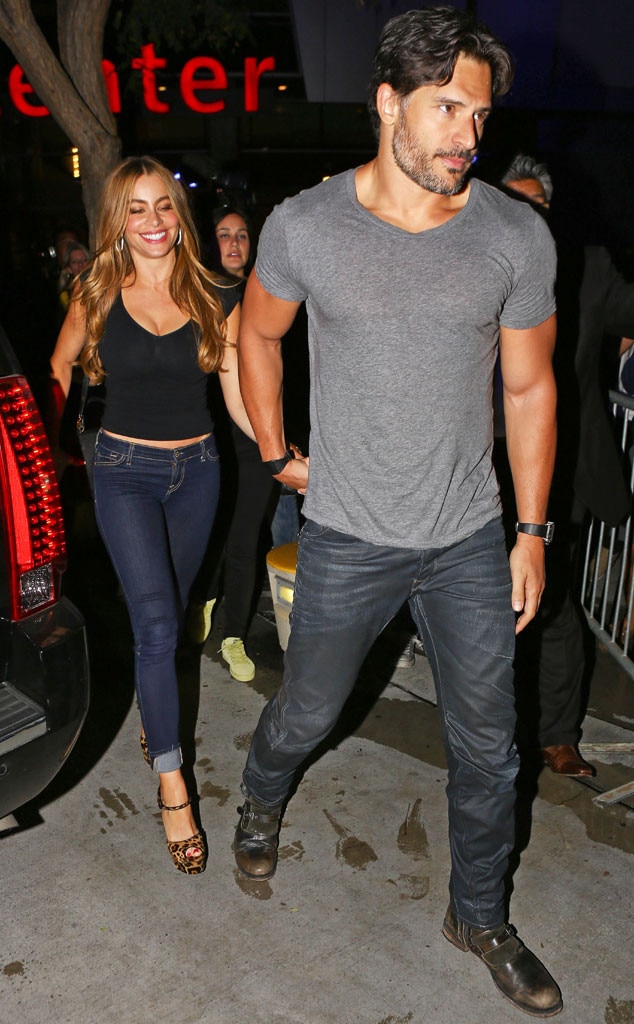 Joe and Sofía match in jeans and tees. 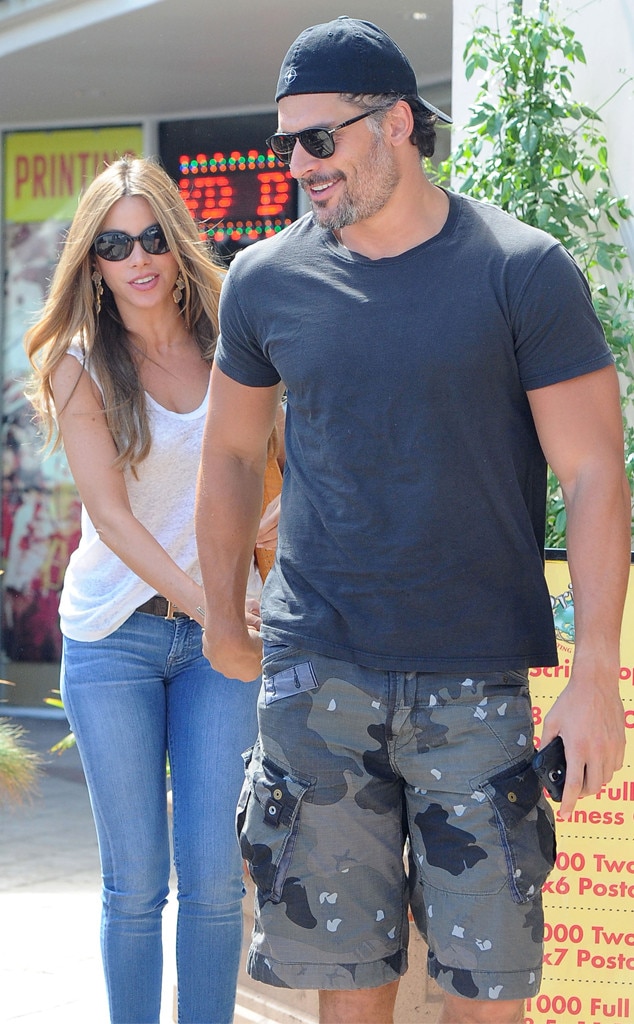 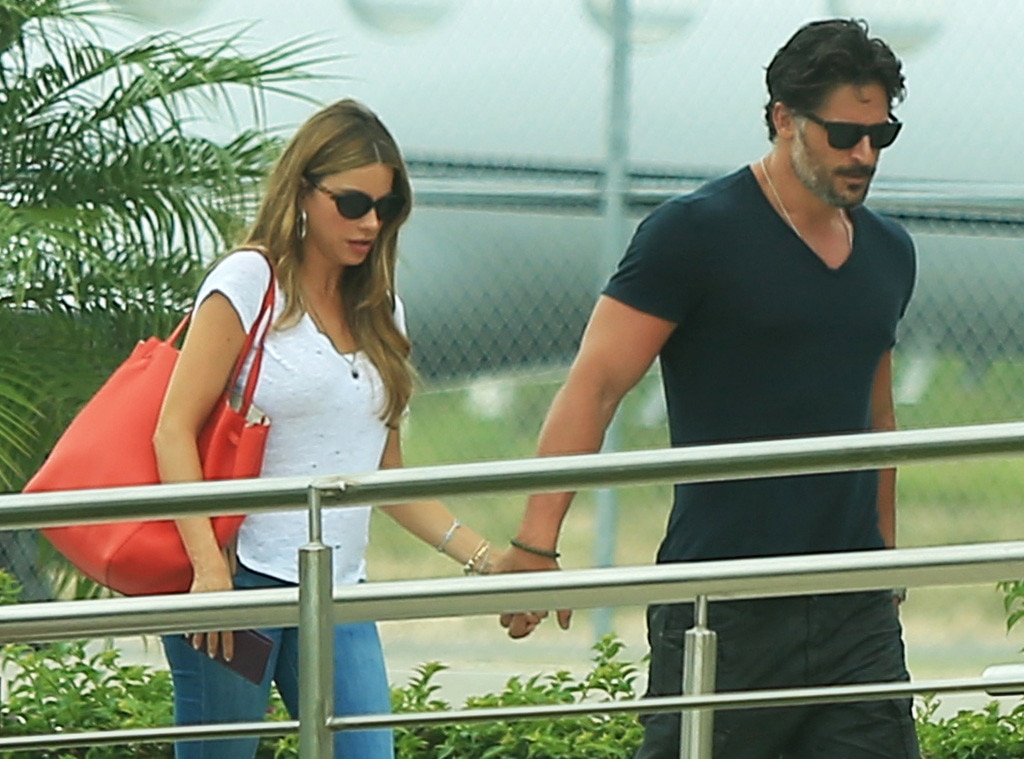 Muy caliente! The lovebirds are spotted on a vacation in Cabo. 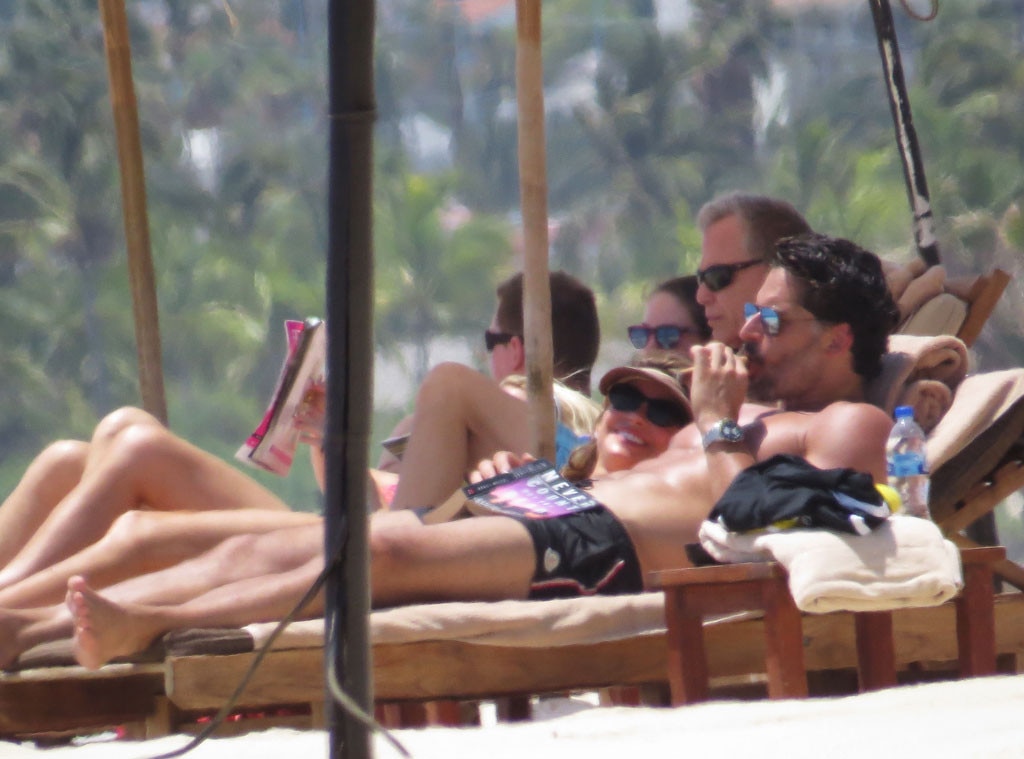 Soaking Up the Sun

There’s nothing hotter than these two half naked on a beach together! 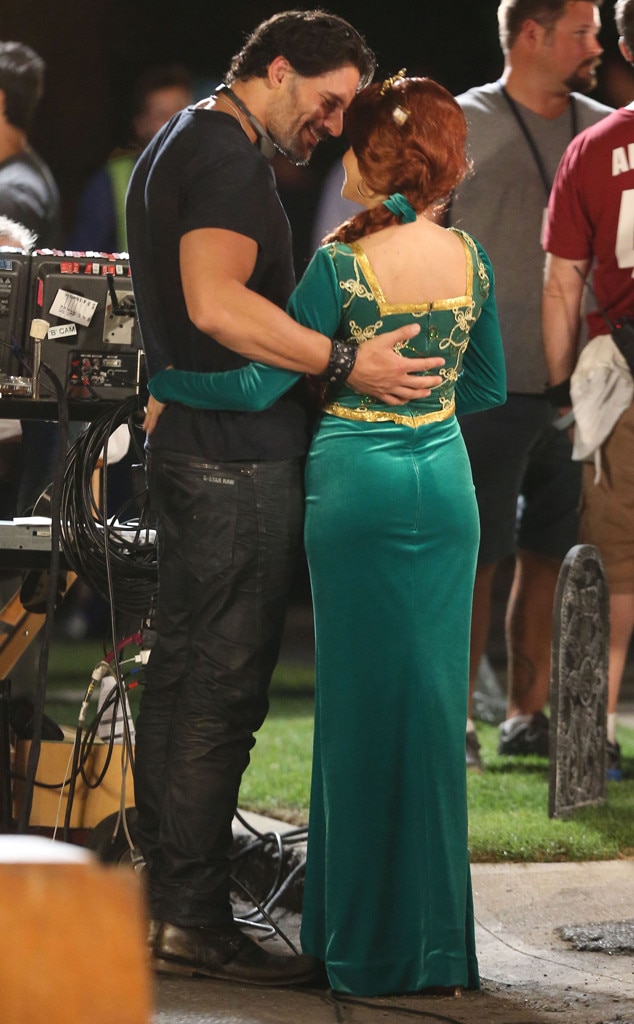 The buff hunk pays a visit to the Modern Family set to see his other half. 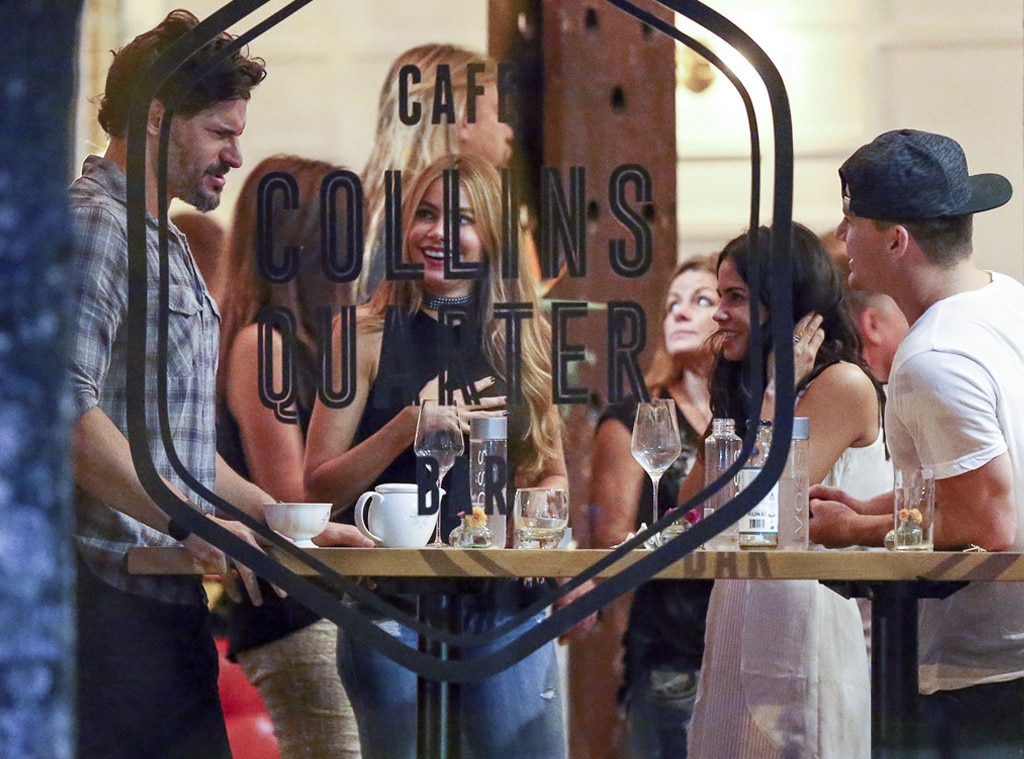 The actors grab dinner and drinks with his Magic Mike co-star Channing Tatum and his wife Jenna Dewan-Tatum. 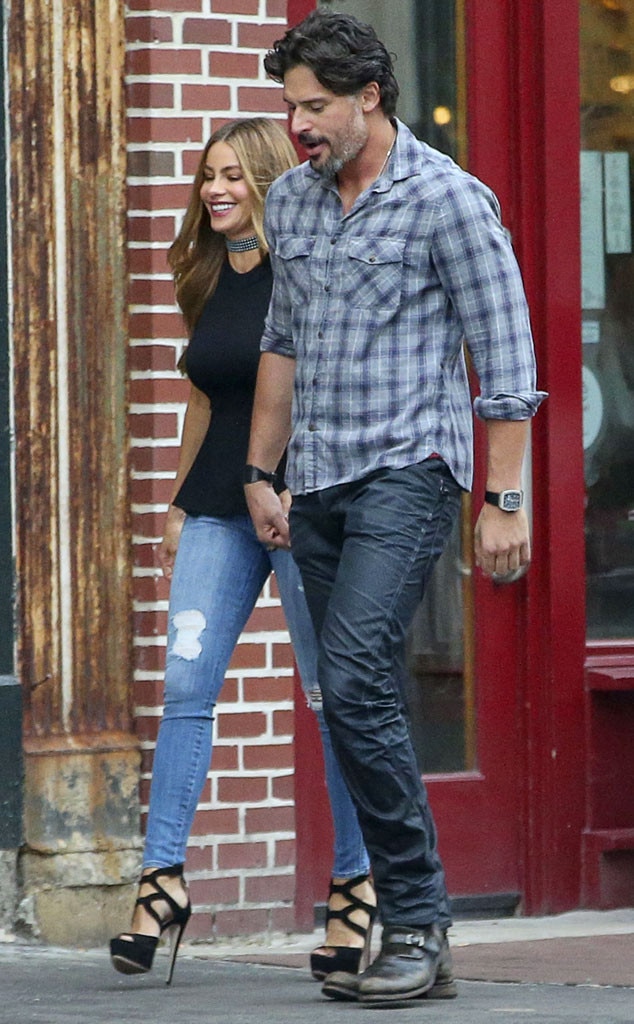 The brunette beauty visits her man in Savannah where he filmed the Magic Mike sequel. 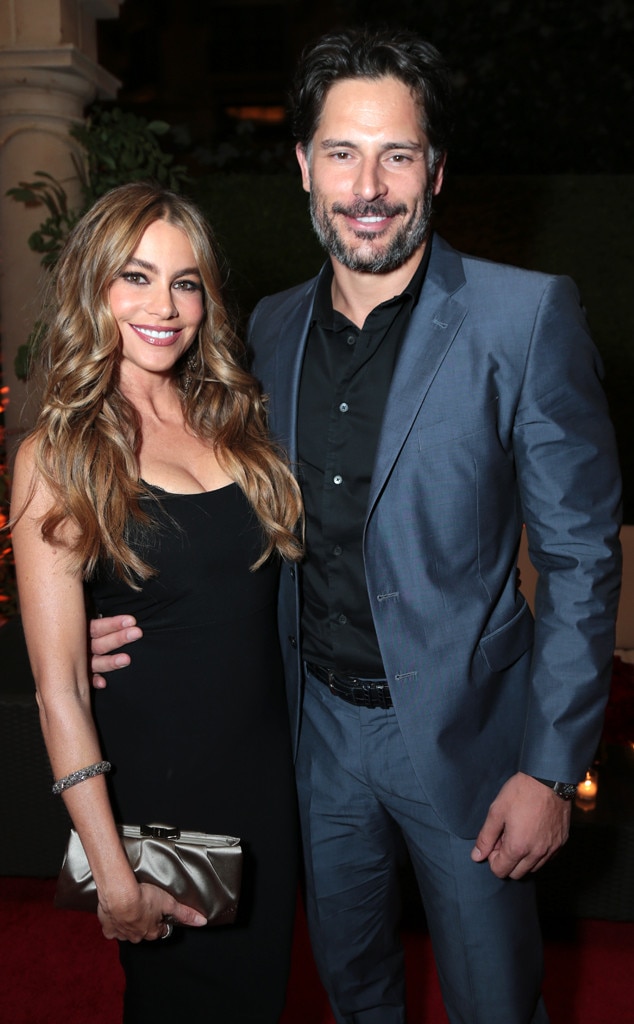 Manganiello pops the question to his leading lady on Christmas Day 2014. 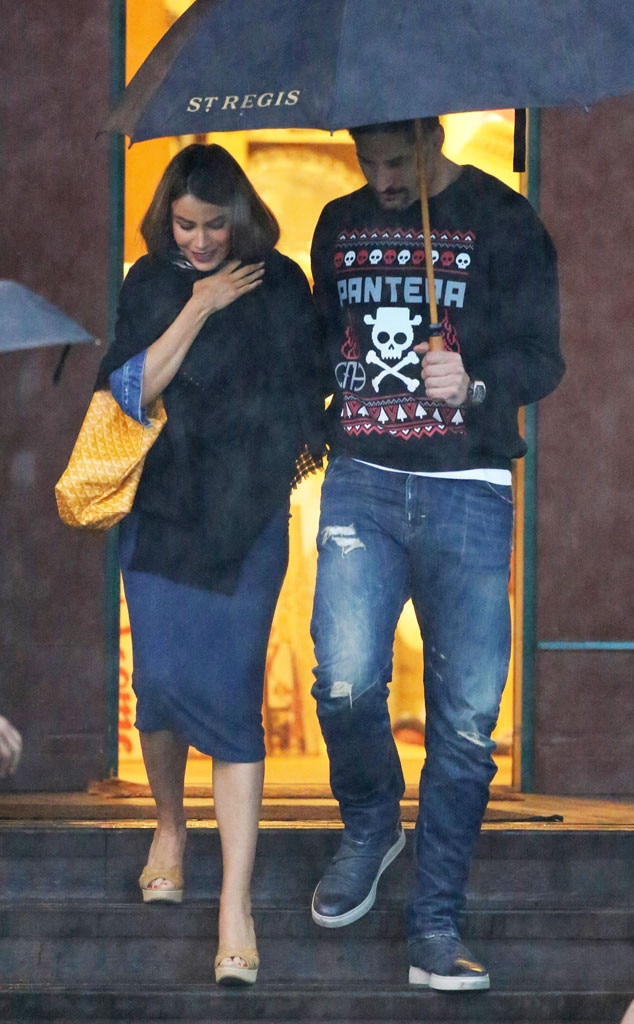 Joe and Sofía do some shopping in Hawaii ahead of Christmas 2014. 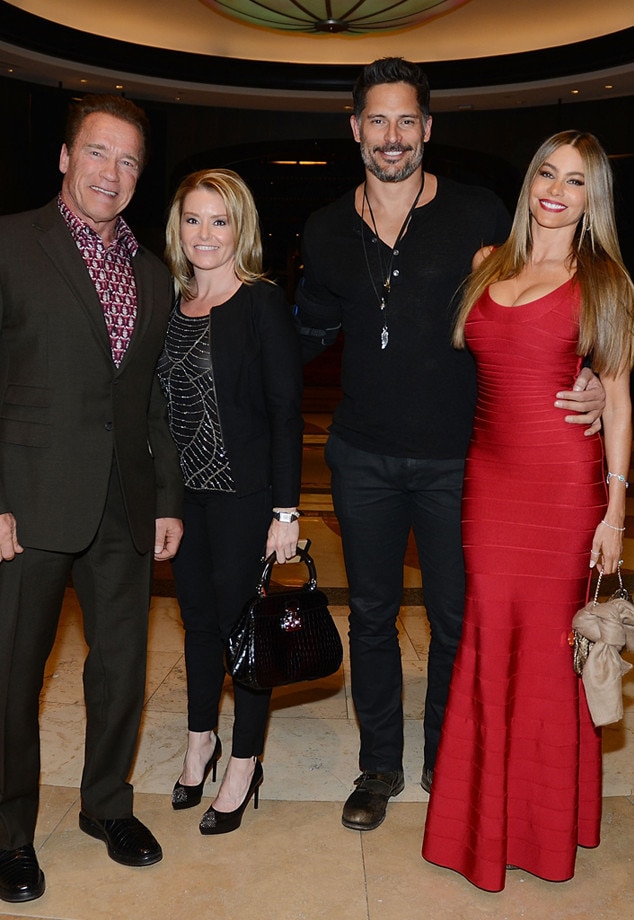 The newly engaged stars ring in 2015 with Arnold Schwarzenegger and Heather Milligan in NYC. 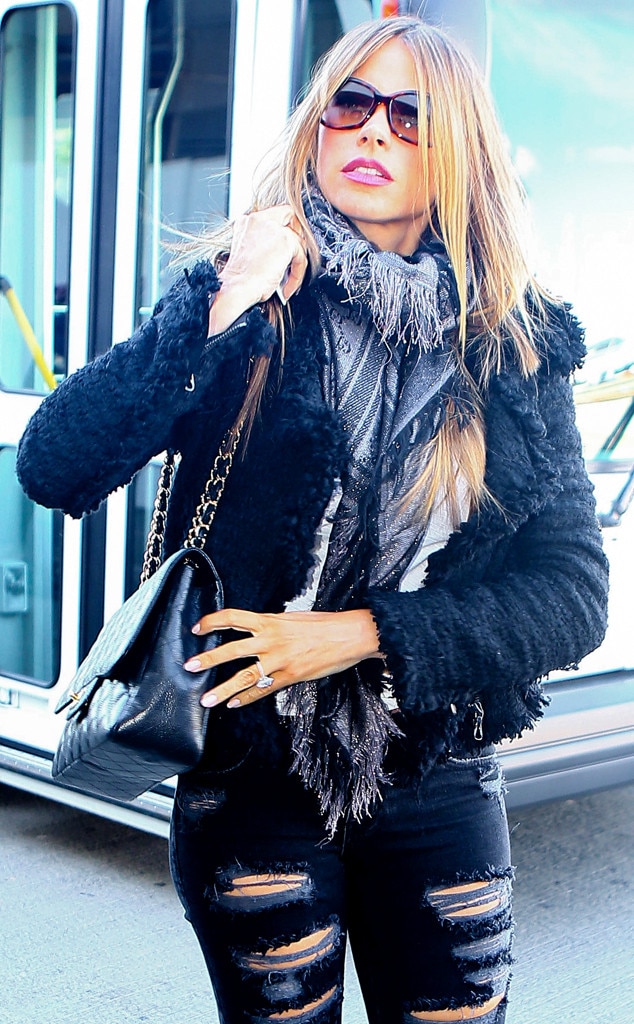 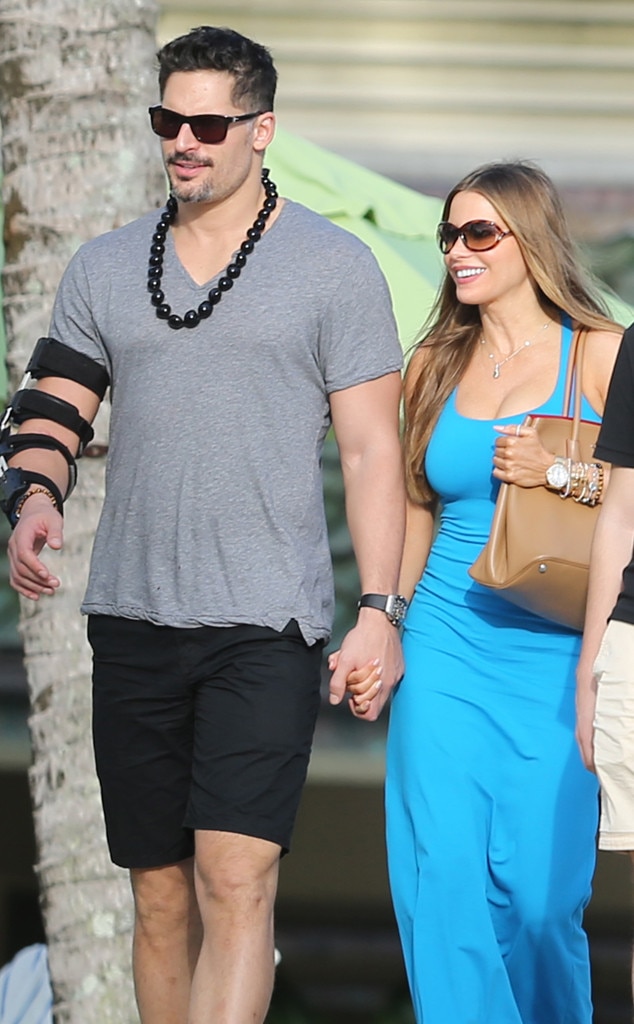 The lovebirds hold hands during a tropical vacation. 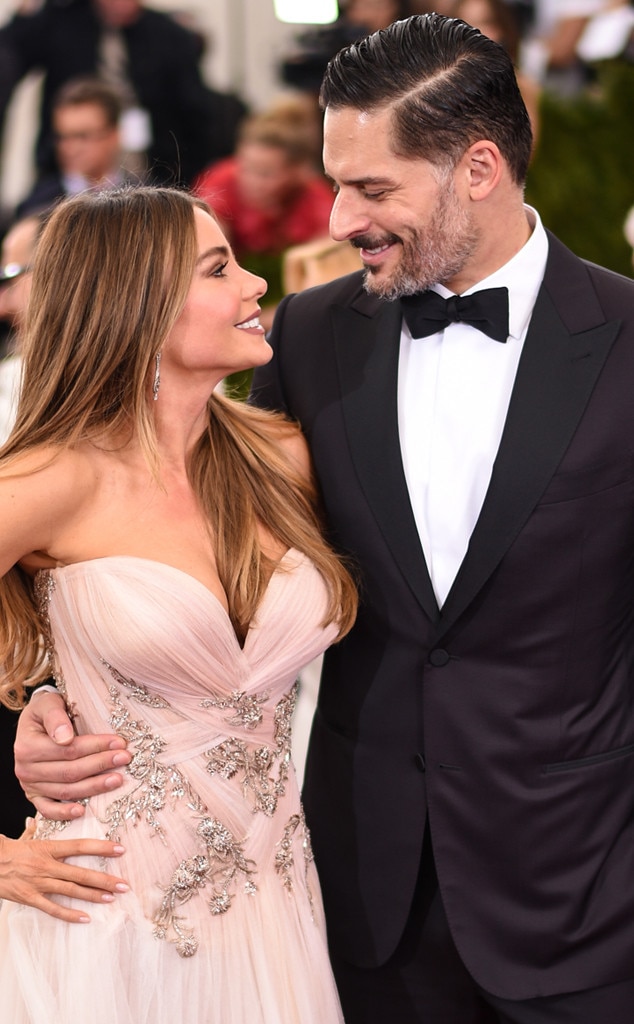 Can’t Keep My Eyes Off You

The couple hardly pay any notice to the elaborate costumes around them while attending the 2015 MET Gala. 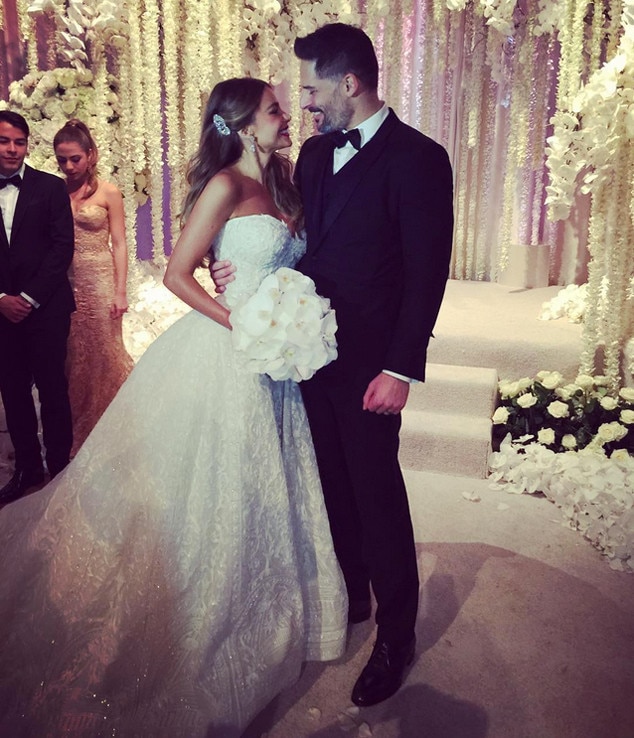 The actors tie the knot in a lavish reception in Palm Beach, Florida while surrounded by their family and friends on November 22, 2015. 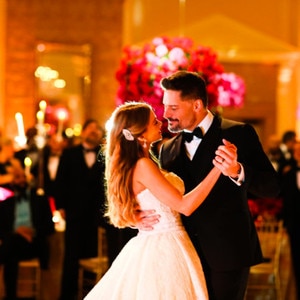 The blushing bride and her handsome groom had their first dance together as husband and wife to the Sinatra classic, “The Way You Look Tonight.” 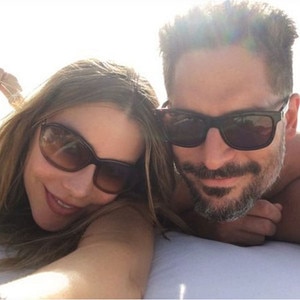 These newlyweds soak up some sun during their secluded honeymoon in Turks and Caicos. 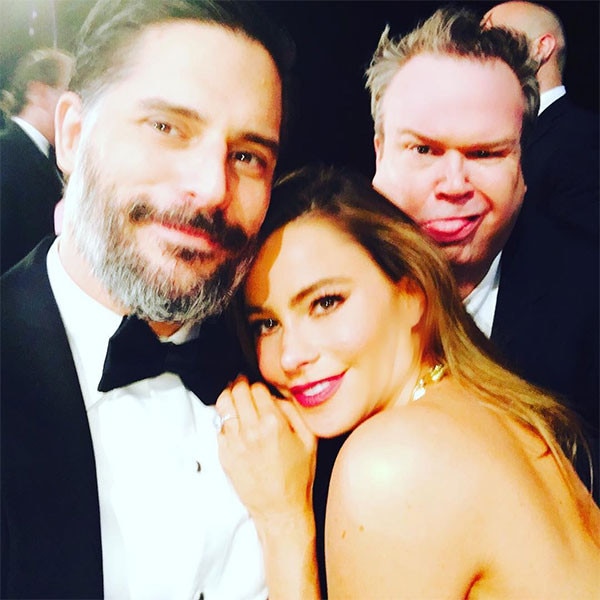 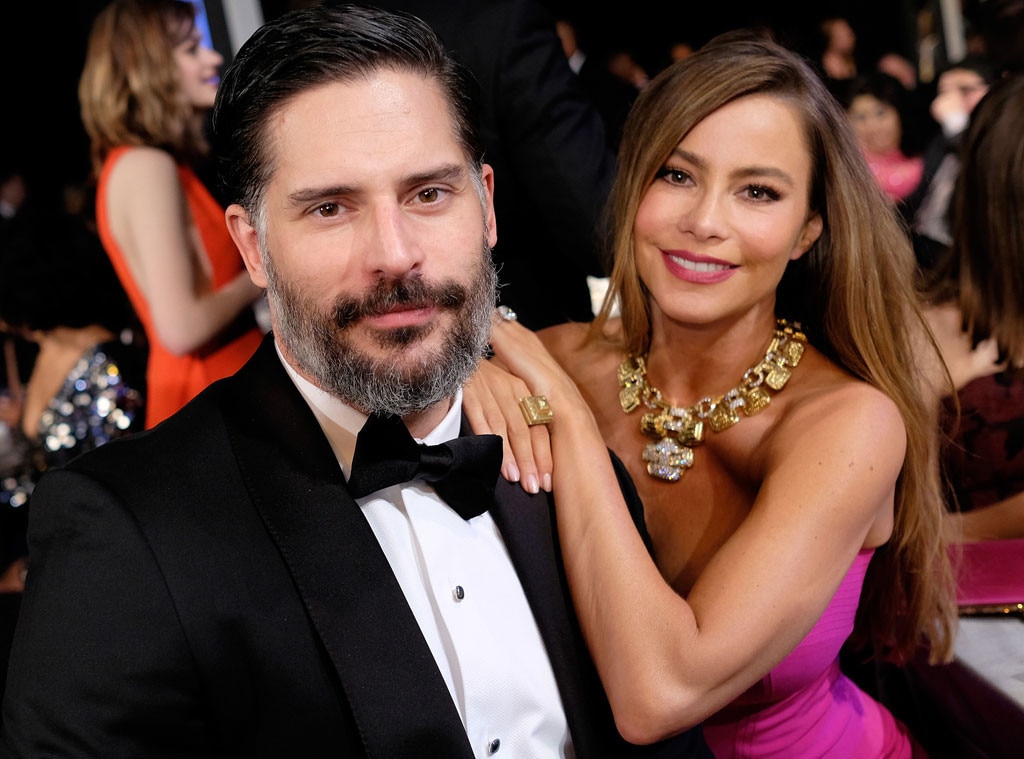 The award-worthy duo poses for the cameras while attending the 2016 SAG Awards. 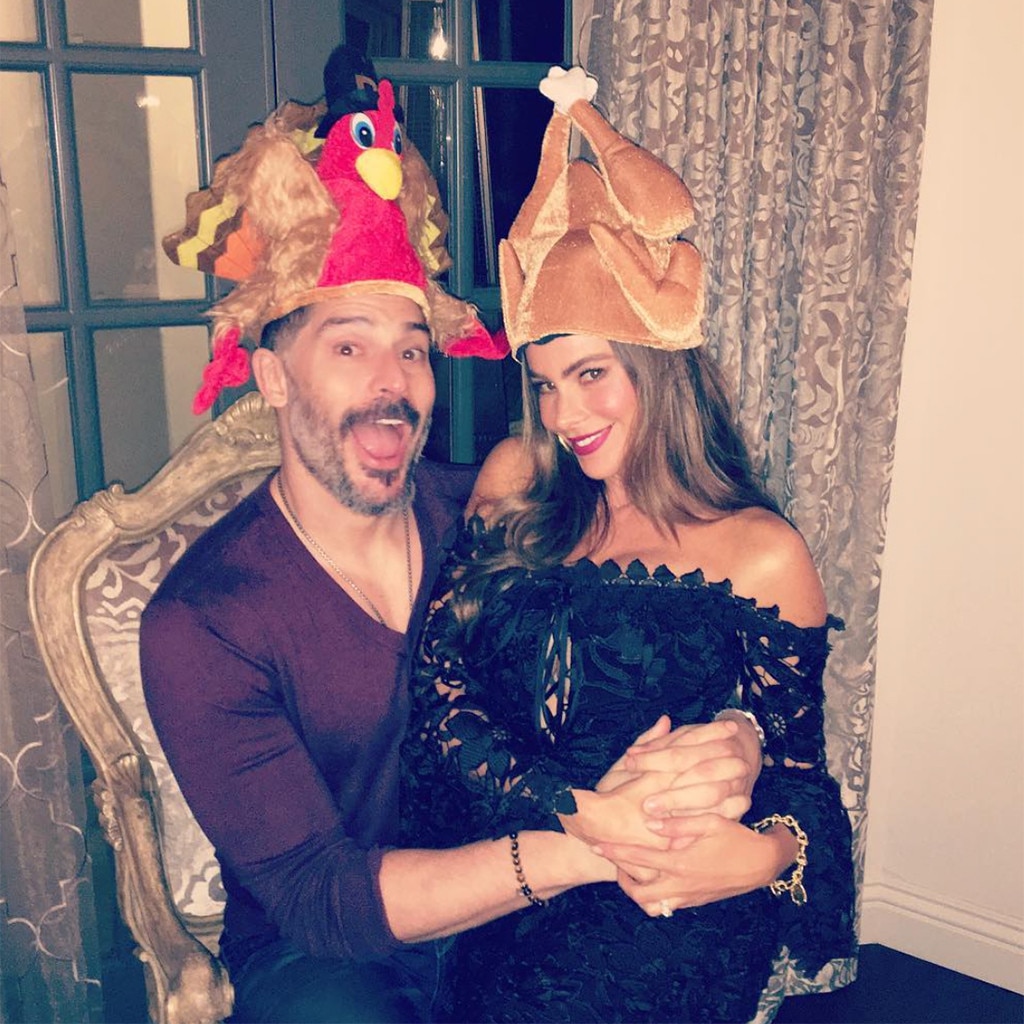 Sofía and Joe got into the holiday spirit while wearing some silly hats for their Thanksgiving dinner. 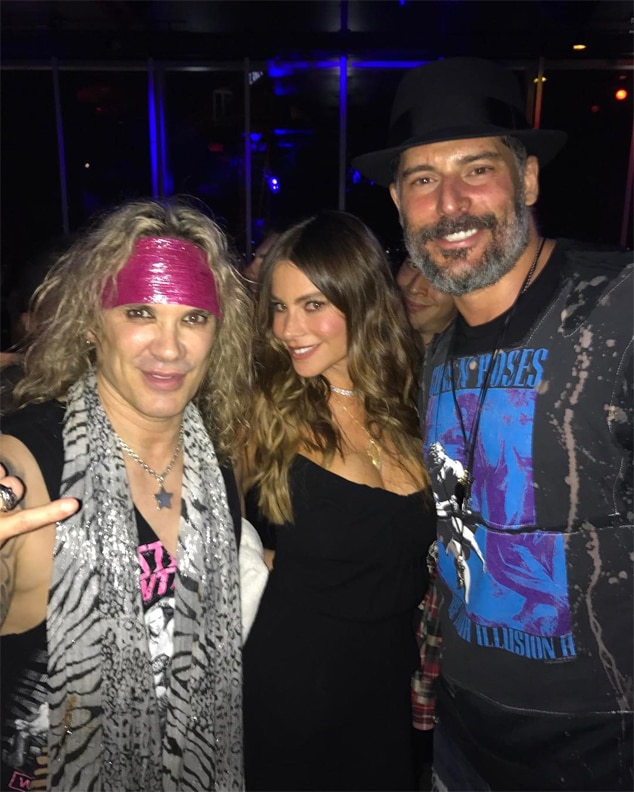 Joe celebrates his 40th birthday with his wife by his side and an 80’s hair band to rock the night away. 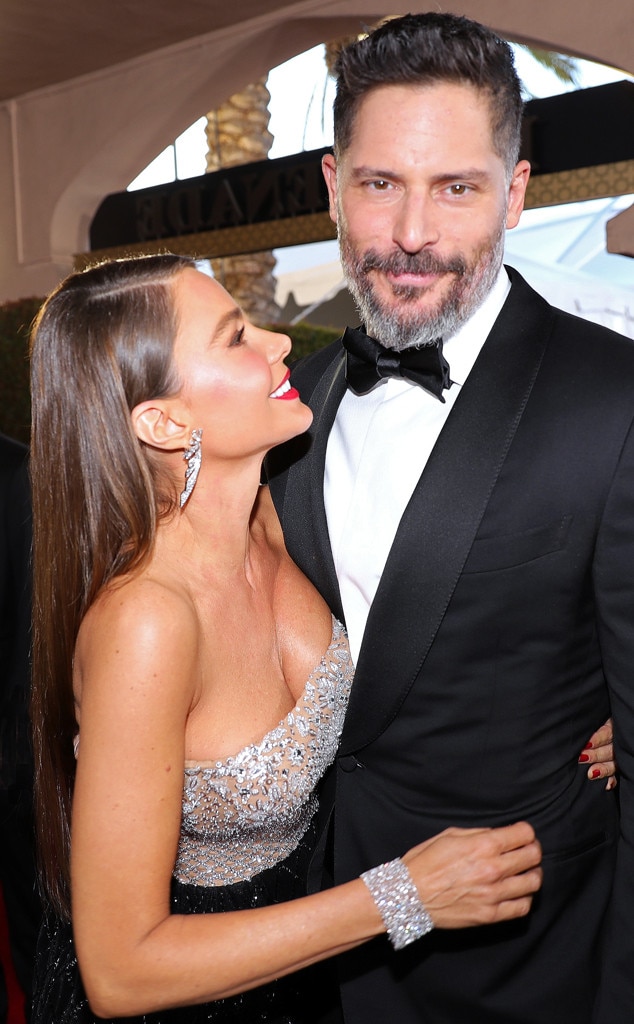 Vergara wows the crowds with her beautiful looks, but it was really Joe who brought out her dazzling smile at the 2017 SAG Awards!

Party guests were treated to a tropical paradise when invited to a Memorial Day celebration at the Vergara-Manganiello household. Vergara sure is the hostess with mostest (cutest husband)! 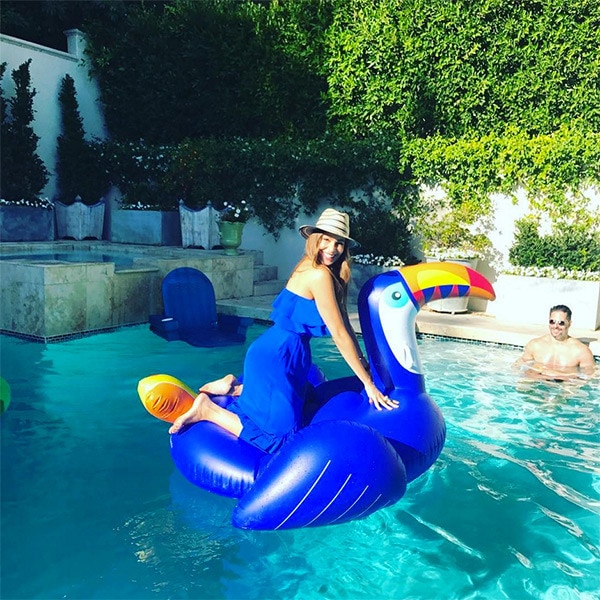 The Modern Family star jumps on an inflatable parrot, while her husband looks on adoringly. Too cute! 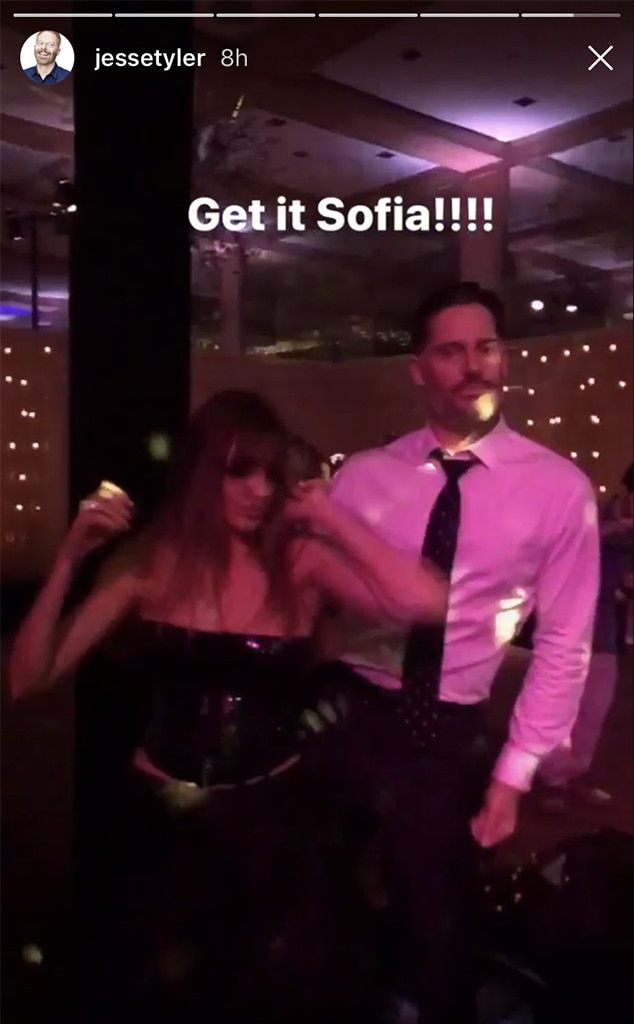 The twosome show off their dance moves at friend Colton Haynes‘ wedding to Jeff Leatham in October 2017. 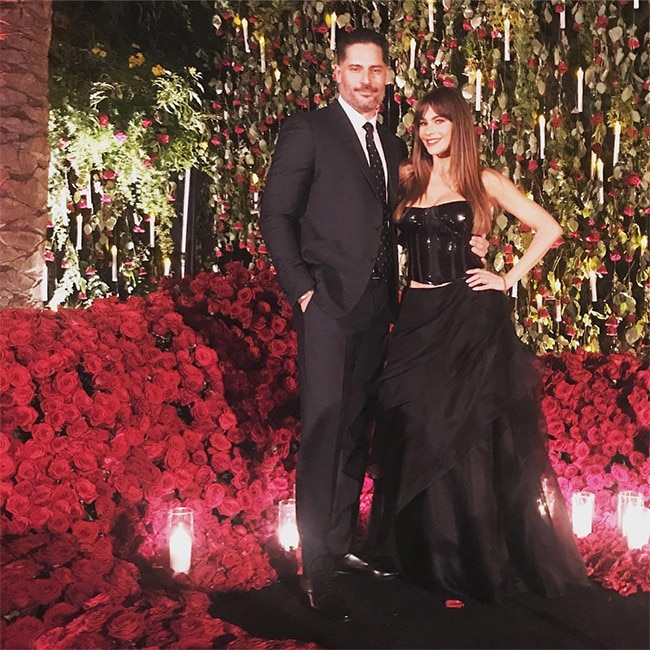 The pretty pair snap a picture with a floral backdrop while at Haynes and Leatham’s wedding.