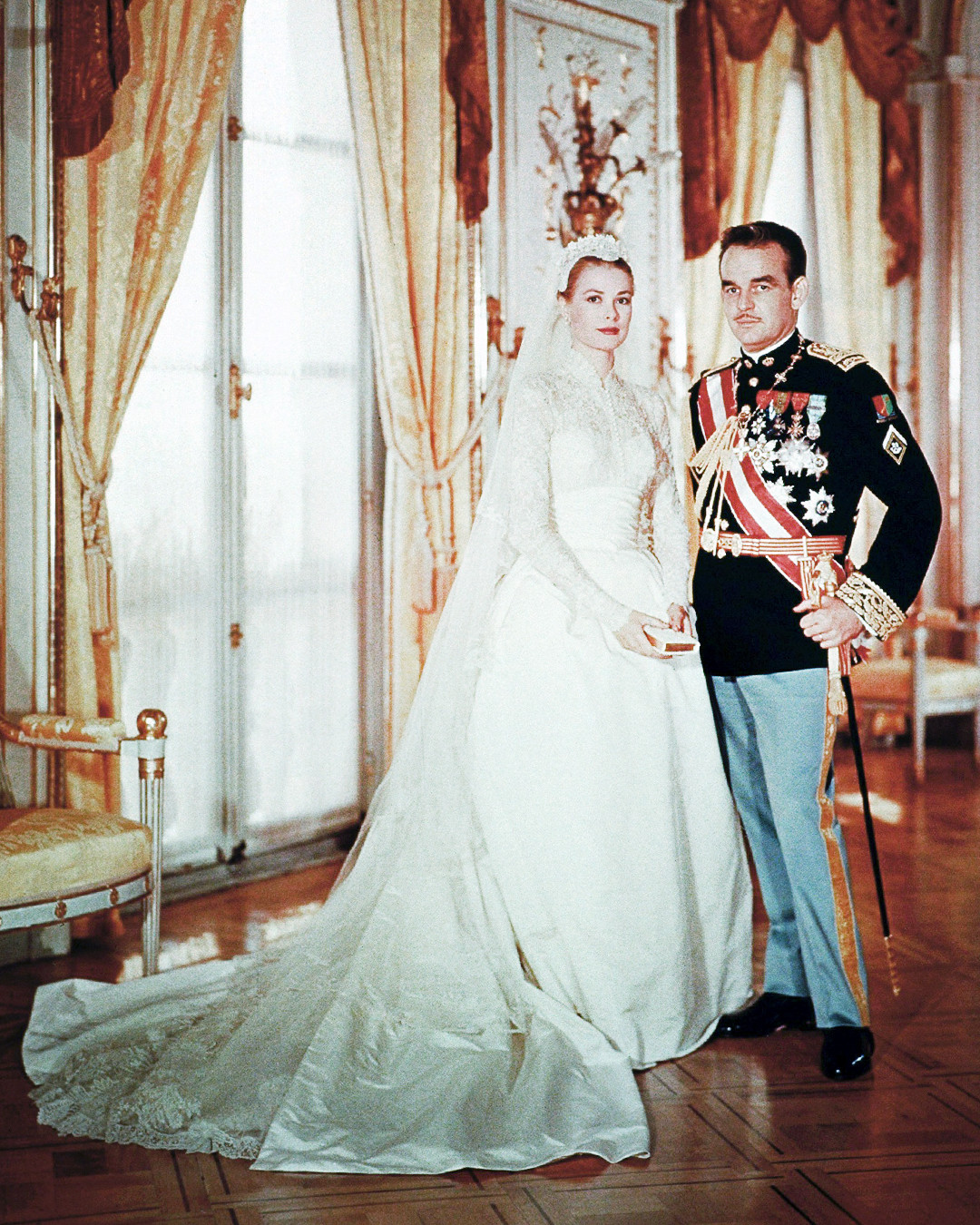 Here comes to the royal bride, all dressed in white.

If you’re a hopeless romantic with a love for a good fairy tale and an eye for fashion, you’re probably very excited for the Royal Wedding, in which mixed-race, American actress Meghan Markle will become British royalty. It’s a fairy tale come true. Come Saturday, all eyes will be on Prince Harry‘s bride and you can be sure that she will continue the long-standing tradition of an epic wedding dress reveal.

Starting with Queen Victoria, who started the tradition of wearing white on your wedding day, royal wedding dresses are meant to make a grand statement. They’re meant to spur conversation and demonstrate the style prowess of the royal.

For women like Meghan, Duchess Kate Middleton, Princess Grace Kelly, Princess Diana, who became royals through marriage, the wedding dress is even more significant. It marks their first moment as a real-life royal, and each woman, after being scrutinized (to various degrees) by the public during their engagement, deserves to have their larger-than-life princess moment.

Check out the most epic royal wedding dresses below!

Sweden’s Prince Carl Philip wed the former reality star at the Royal Palace in Stockholm in June 2015. She donned a gorgeous V-neck wedding dress with long lace sleeves, an empire waist and a long lace-trimmed train.

Prince William’s wife donned a custom-made Alexander McQueen gown which was designed in collaboration with Sarah Burton for the royal wedding in 2011. It was made of ivory and white satin and featured lace sleeves and a full, pleated skirt.

In June 2010, the beauty was married in a custom-made, off-the-shoulder gown created by Swedish designer Par Engsheden. The traditional piece was perfectly paired with a vintage lace veil and the royal family crown, natch.

Marie said “I do” to her Prince Charming in 2008 in a romantic gown with a classic full skirt and flattering sweetheart neckline, topped with a lace veil and tiara. Don’t think Prince Joachim was complaining!

Dutch designers Victor & Rolf reportedly spent 600 hours creating this silk wedding gown for Mabel when she wed Prince Friso in 2004. Check out the train…a total of 248 handmade bows adorn her dress. Nothing but the finest for this princess!

Princess Máxima of the Netherlands

For her 2002 wedding to Prince Willem-Alexander in Amsterdam, the Argentinean investment banker wore a classic Valentino ivory-silk design with a showstopping 16.4-foot-long train.

This Spanish journalist turned royal lady dazzled in a gold-embellished gown with a statement-making upturned collar designed by Manuel Pertegaz. Talk about regal—this number was certainly fit for a princess.

In 1956, the American actress and fashionista swapped vows with Prince Rainier of Monaco in Monte Carlo in this stunning, custom-designed lace number by Helen Rose, who had also dressed her in the films High Society and The Swan. Recently, Ivanka Trump walked down the aisle in a confection inspired by Kelly’s elegant gown.

Danish designer Uffe Frank created this stylish gown for the 2002  nuptials of Princess Mary and Prince Frederik. The wide neck and folded skirt struck a perfect balance between traditonal elegance and trendsetting style.

The princess married author Ari Behn in 2002 in an elegant two-piece by Wenche Lyche with some wonderfully dramatic and powerful sleeves!

Back in 1993, the Jordanian beauty and noted fashionista married King Abdullah bin Al-Hussein in this gold-embroidered wedding gown designed by Bruce Oldfield—yes, the Bruce Oldfield who also designed many of Princess Diana’s evening gowns.

The American socialite wore a long-sleeve lace Valentino gown when she met Crown Prince Pavlo at the end of the aisle during their West London ceremony in 1995. The frock reportedly cost $ 225,000 and was made by more than 25 seamstresses.

One of the most famous wedding gowns of all time is the ivory-silk, taffeta and lace confection that husband-wife team David and Elizabeth Emanuel created for Lady Diana Spencer. Although it looks outdated today, this off-white ruffled gown with voluminous sleeves, 10,000 pearls and 25-foot train was the perfect fairytale princess dress for Di’s 1981 nuptials to Prince Charles.

Next gallery: William vs. Harry—Who’s Hotter?