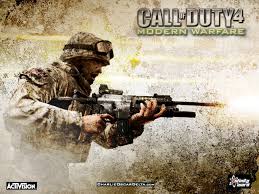 A flourish of holiday video game hardware sales — and the biggest sales month for video games ever — could not prevent the industry from suffering its first sales decline in five years.

Sales in December topped previous top month December 2008 by 4%, hitting $5.53 billion, according to market tracking firm The NPD Group, which just released its report covering December 2009 and the entire year. Overall, sales of video games fell just short of $20 billion ($19.66 billion), an 8% decline from the industry’s 2008 record sales of $21.4 billion.

“December marks just the fourth month of the year where the industry saw an increase over last year,” said NPD’s Anita Frazier. “January and February were both up, and since the decline that began in March, only September experienced growth.  The big sales this month, particularly on the hardware front, is a positive move for the industry headed into what will hopefully be a recovery year in 2010.”

The Nintendo Wii ended the year with a bang, selling about 3.8 million systems during December, setting a new monthly sales mark for console systems sold. The Nintendo DS handheld sold 3.3 million units in December, boosting it to 11 million sold in 2009, a record for systems sold within a year.

As to its success in 2009, Nintendo’s Cammie Dunaway said, “I think the main thing is consumers understand that Nintendo really delivers the best value in video games, not only because of the attractive price points but because of the innovative software, game control and social interaction.”

Frazier noted in the report that “there are a lot of hardware records this month. The PS3 realized its biggest month of sales ever (1.36 million sold), and the first time sales have exceeded 1 million units.  The Wii and the DS also had their biggest sales months ever, and in fact the two platforms hold the top two spots in sales of any hardware device in a single month.  Overall, it was the biggest month of sales for hardware on both a dollar and unit basis.”

The top-selling games of 2009 (with publisher and platform in parentheses):

Back to console video games, Frazier said that this current generation of console hardware has outsold the previous one by more than nine million units during the first 50 months in the market. “Hopefully, the big increase in the overall install base of hardware systems will bring good things for software sales in 2010,” she said, “especially with the incredible line-up of content coming out early in the year.”

Jesse Divnich, an industry analyst with Electronic Entertainment Design and Research (EEDAR), highlighted as a culprit for 2009’s sales decline, a lack of purchases by the wave of casual and non-traditional video game consumers who helped drive the industry growth in 2008.  Sequels such as Boom Blox Bash Party, The Bigs 2 and Rabbids Go Home did not sell as well as their predecessors, he said. “The trend we are seeing with sales declining is going to continue until something innovative comes out, something that is going to capture a lot of these non-traditional gamers. That likely won’t come until we see these new motion control devices from Sony and Microsoft,” he said. “So we should expect these trends to continue.”

Another factor, said Wedbush Morgan Securities analyst Michael Pachter, was decreased sales of music games. “I think that music obfuscated things and made it look worse than it is. I think the decline in casual sales (and)  the attach rates on the Wii is responsible for more than all the rest of it,” he said. “The takeaway is that the hardcore gamer is fine and thriving. And the good news for industry watchers is that the hardware gamer has tons of things to choose from in the next few months and they are all great. I think last year (2009) the hard-core gamer kept the year from falling apart and in 2010, he drives the year.”