A car that forces the competition to head back to the drawing board does not come around often, especially when that competition happens to be Ferrari. Honda achieved such a feat back in 1991 when the original NSX was set loose in the supercar world. Not only did the NSX smack its contemporaries down in terms of performance and technological prowess, it also forced the Italians to make supercars with some semblance of reliability and manners.

Spend only a few moments in an original NSX, and its specialness is palpable. The lack of power steering is acutely noticeable at low speed as I roll over little cracks and dips in the road, while the sticky rubber chucks small rocks up into the wheel wells. A near 360-degree view is at my disposal with the bubble-like canopy, and the ground right in front of the nose is visible from my vantage point. This is what control feels like, and we haven’t even gotten to the reverie-inducing VTEC noises getting piped right into our eardrums yet.

There are no dials to change the throttle response, no buttons to make the steering artificially heavy, no shift paddles behind the wheel to tell a computer to swap cogs. To my right is a manual shifter that can legitimately be described as perfect. This is a 1991 Acura NSX, and it is glorious. 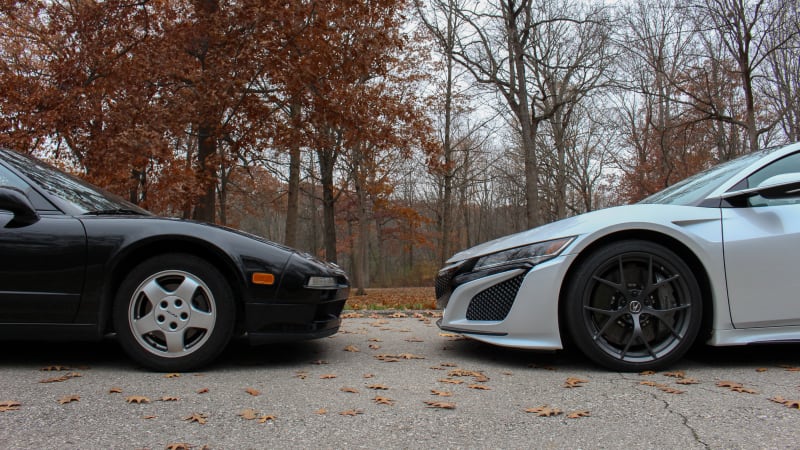 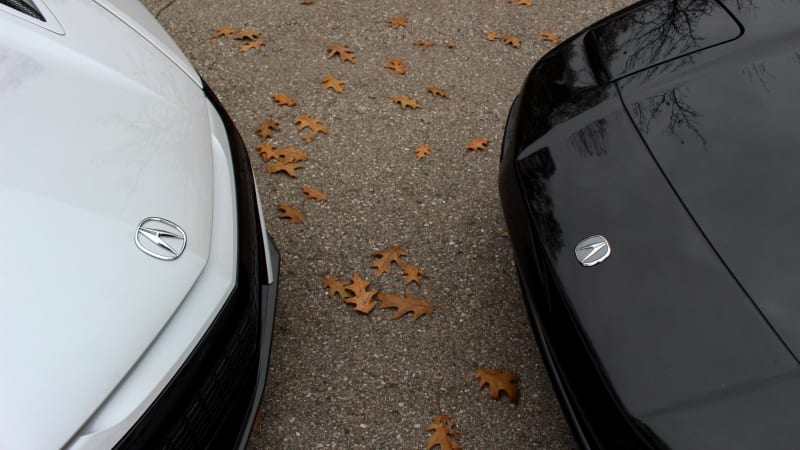 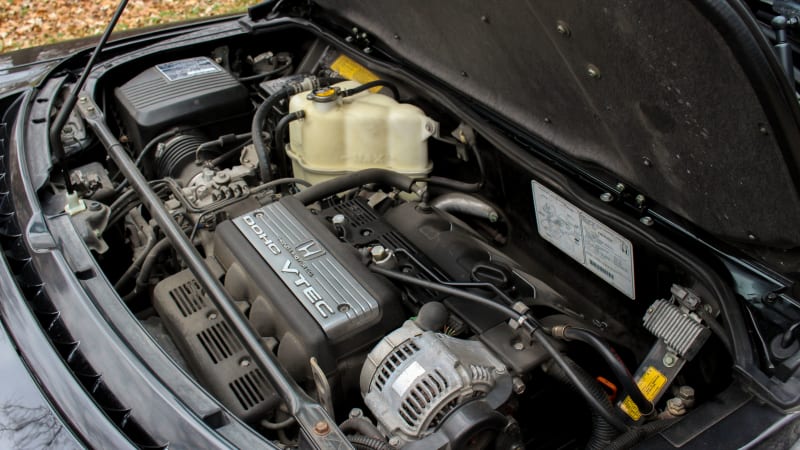 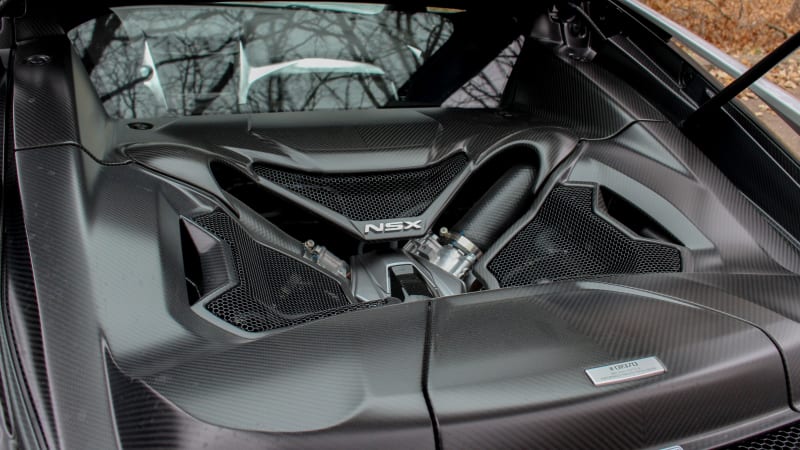 For some of the reasons I’ve briefly described, and plenty more, this car has reached legend status amongst enthusiasts. In the early 2000s it was a sales disaster, outgunned by pretty much every other supercar in the space. Honda/Acura was only working with a 3.2-liter V6 making 290 horsepower when that car finally met its maker after the 2005 model year.

As collectable modern classics, the relatively low power output doesn’t seem to bother folks spending close to, and over, six digits on low-mileage examples of these cars. What changed? Well, the passage of time tends to be the biggest factor in these things. Also, there’s a new NSX out there, reminding the world that the old one exists. And just like when Acura discontinued the original, the new one is mighty expensive, selling in extremely low numbers, and generally regarded as lesser than other options in its class. This time around it has to deal with standout cars like the 911 GT3, McLaren 570S and Audi R8 V10. But perhaps even worse than that, the new NSX must withstand comparisons to the original.

Can you think of any other legendary Japanese car with a similar image problem today? Yeah, the Toyota Supra. Even before we got to drive the car, everybody on planet Earth (including our editorial staff) had extremely strong opinions concerning the “BMW Supra.”

I happen to have a personal connection with the original NSX, which makes driving these cars back-to-back even more special to me. My father was lucky enough to buy a completely original 1991 Berlina Black example, back when I was a teenager starting to drive. Now, I subconsciously compare it to every new sports car I hop into.

I certainly didn’t have to drive the 2019 NSX to know it was going to be an entirely different NSX experience than the one I’ve known and loved for years. That’s not a knock — the two cars don’t occupy the same performance or market space. And with nearly 30 years between them, a head-to-head comparison isn’t a fair fight.

In the beginning, Honda set out to make a supercar that was better than the rest with the original NSX. But, they wanted to do it in the Honda way — a New Sportscar eXperiment, so to say. This means it had to be easy to live with, reliable and comfortable on top of being able to kick ass on a racetrack. What that led them to was building the first production car with an all-aluminum monocoque. Doing so meant Honda had to figure out how (ripe with engineering problems) to produce such a structure. We could go on about the implementation of VTEC in a V6 engine (the company’s first use of the engine tech on a six-cylinder), or the shocking ease of general maintenance compared to other supercars, but it’s safe to say this car fits the NSX bill.

If you ask anybody from Acura, they’ll say the 2019 NSX is a proper successor. It fulfills the purpose of a New Sportscar eXperimental in today’s world of electrification, just as it did in supercar tech of 1991. I’ll agree with most of that argument, but merely defining the NSX as an experiment in pushing the boundaries of what’s possible with advanced technology undersells the masterfully emotional driving experience that lurks within the original and tries to break out in the new. To truly live up to the NSX name, it needs to have those intangibles that keep you coming back for more. 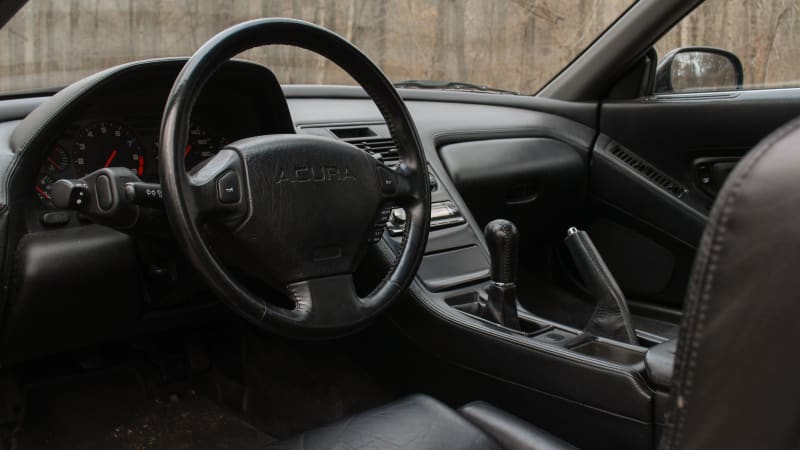 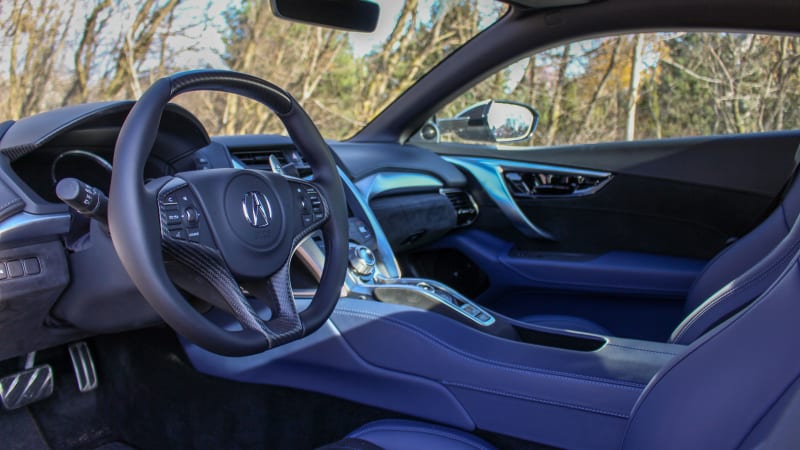 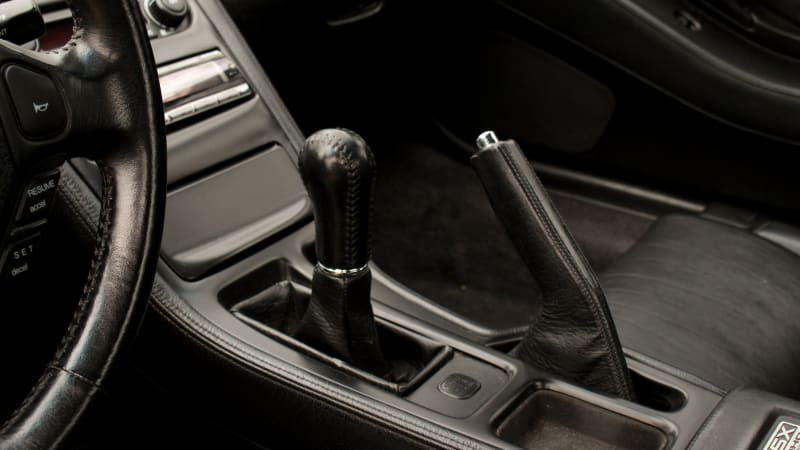 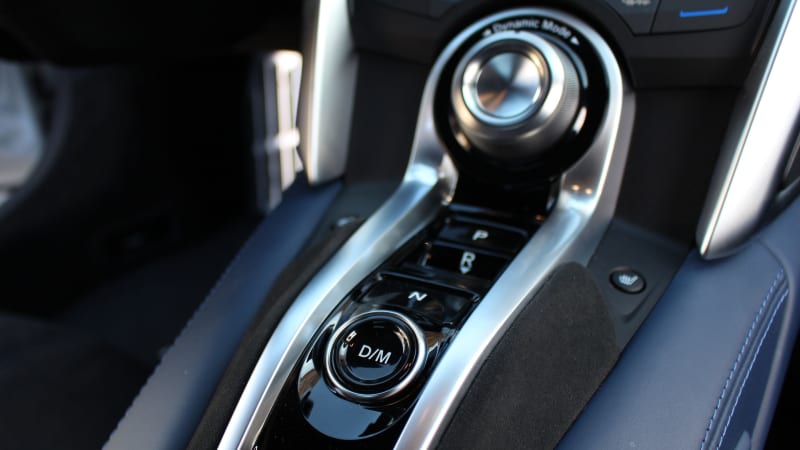 Remember, the original NSX is what many enthusiasts point to as an example of dynamic perfection. Lest you think I’m biased, the visionary Gordon Murray agrees — he developed the McLaren F1 using an NSX as his ride and handling behavior target. There may be no better compliment to the NSX than that fact. To expect a new car to deliver the same amount of driving feel and connectedness to the chassis as one did in the 1990s is folly. Driver assistance systems, by-wire everything and computer safety nannies are the norm now. Engineering around all of that is no small task.

Still, if one was going to be able to achieve it, the NSX feels like the perfect candidate for such a feat. Reviewers were generally disappointed in the driving feedback when Acura launched the NSX in 2016. With handling being a sore point, engineers sought to right the ship for the NSX’s refresh for 2019. Stiffer stabilizer bars, bushings, re-tuned shocks and a complete recalibration of the SH-AWD system hoped to turn things around for the better.

I think it worked. The 2019 car is a wonder on the road and track. It’s technically incredible and still retains full streetability. Compared to the 1991 NSX, though, it’s clinical in nature. It’ll go around corners way faster, but there’s less playfulness in the chassis, and the electronic power steering just can’t match the road feel of the non-powered steering from 1991. Part of that can be chalked up to the all-wheel drive system in the 2019 car. Both generations of NSX are superbly buttoned down on a backroad, but rear-wheel drive just makes for more fun in getting around corners using the throttle. Acura’s SH-AWD system is magical in the way that it yanks the car through bends faster than you thought was possible, but you can’t explore those high limits on public roads without putting yourself and the car at considerable risk. To truly enjoy the 2019 chassis on the ragged edge, you need a racetrack. The 1991 NSX will eventually get you into trouble, but 0-60 in the low 5s means you can actually wring the engine out on the road without risking your license.

The new NSX’s powertrain gave me pause at first. Consider the ’91 NSX’s 3.0-liter VTEC engine, a mechanical work of art that winds out to 8,000 rpm while it screams behind your ears. The new NSX has nothing to fear in terms of raw power and performance — it’s truly in another league compared to the ’91 — but how that power is delivered, and the fact that turbochargers dull the immediacy that naturally-aspirated engines provide, is the issue at hand here. 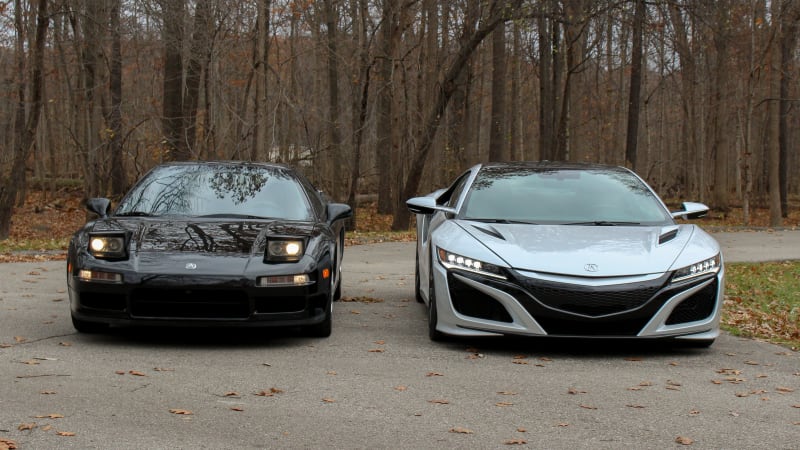 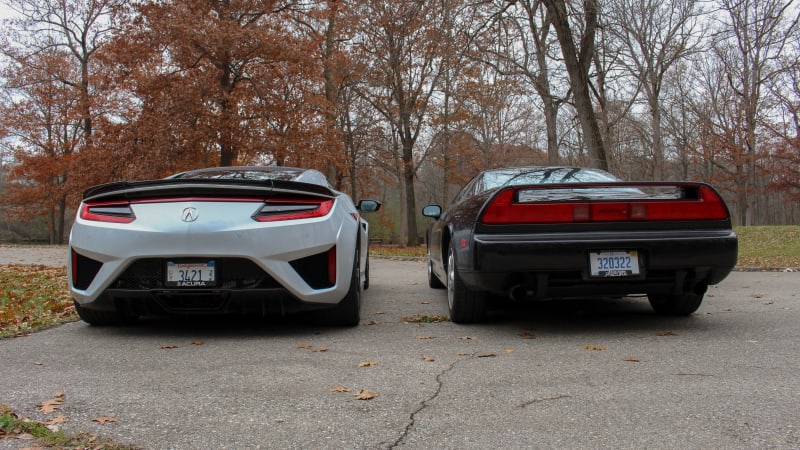 That’s where the three electric motors come into play: They get the NSX moving briskly off the line while the turbochargers spool up. This provides a visceral immediacy that the ’91 can’t touch, but the total powertrain of the new NSX — its motors, turbos, and the V6 itself — doesn’t sound nearly as dramatic. I expected to hear more turbocharging whooshes from the engine — if you’re going to go that route, step all the way into it and embrace the turbo. People want to hear it, and this car could use any extra drama it can get. There’s a far more industrial note coming from the powertrain that feels markedly un-supercar-like. Power is never lacking, but this is a great example of what peak performance looks like at the cost of emotional engagement.

If I were forced to choose one and drive it for the rest of my life, I’d have to pick the original. As great as 0-60 mph in 3.0 seconds is, the way a car makes you feel when driving it is more important in my book. Speed is cheap these days. Cars with over 500 horsepower can be found all over the place, but a car with the presence and on-road feel of the 1991 NSX’s is not easy to come by. Sports cars from this era have a way of getting under your skin and making you fall in love with them. Every time I drive the 1991 NSX, I’m reminded of how satisfying a proper driver’s car can be. I couldn’t find that secret sauce in the 2019 NSX, even if it’s objectively “better” than the original in every way from a technical standpoint. And not that the ’91 is flawless; the rear tires wear at obscenely quick rates due to the suspension geometry, the window regulators will fail, the clutch won’t last long, and the auto climate control can be finicky. These are small problems in the world of exotics, but issues nonetheless.

If I had the funds, though, I would have both of them, because they’re beasts for different purposes. The new NSX with its refinements for 2019 can absolutely shred a racetrack at paces that belie its nearly two-ton curb weight. Both cars are easy daily drivers, but the 1991 NSX is far more rewarding on-road when the pavement gets twisty. What it ends up coming down to is this: One flavor of NSX is the best car I have ever driven, and the other happens to be my favorite.