One of the greatest design challenges in the modern automotive industry is an infotainment system that provides loads of capabilities, but is also easy-to-use and not overly distracting. Touch screens have been leading the way as the favored option, but Acura is trying a new design that relies on a touch pad with some unique tweaks to separate it from similar systems, such as those seen in competing Lexus models. And we got to try it out in the first production application, the 2019 Acura RDX compact crossover.

The key feature of the touch pad is its one-to-one position functionality. What that means is that, if you have a grid of function buttons on the screen, tapping on, say, the upper left corner of the pad will highlight the button in the same area on the screen. And if you were to take your finger off the pad and tap in the opposite corner, that section of the screen would immediately be highlighted. You don’t have to slide your finger across the pad to reach selections if you don’t want to, and you don’t have to slide back from the last function you highlighted. It basically does away with the need to move a cursor around like you would on a laptop with its mouse pad. 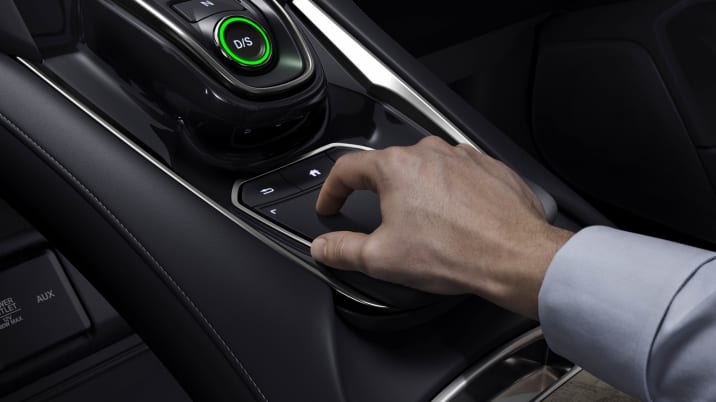 In practice, it’s a little odd to use at first because we mentally connect using a touch pad with the traditional cursor interface of the laptops we use day in and day out. As such, we forgot that we didn’t have to scan the screen for the cursor every time we needed to select something. But once we remembered we could skip that, we found it quick and easy to drop our finger down and slide to our preferred function quickly. We could occasionally even pick something on the corners without having to slide at all. This is partly because Acura designed the interface to work with this pad. A representative from Acura’s R&D center explained that they tried to put common functions on those corners because they’re easy to reach without looking or thinking much.

Another bonus to this system is that you don’t immediately go to the function the second you press the pad. Instead, the feature is highlighted and still needs a physical click to enter. This is enormously helpful, since it virtually eliminates the chance of going to the wrong selection because you hit a bump or just got lazy with finger placement. Instead, you can get your finger in the right spot and then commit with a button press.

Something that the touch pad could probably use, though, is some sort of haptic feedback to indicate that you’ve moved to a different selection on screen. It would be nice to be able to see your finger’s position at a glance, decide where you want to go, and then be able to slide to that function on touch alone while you watch out the window. The Acura designer said that they had experimented with the idea and testers didn’t like it. Still, we think there’s room for improvement here. 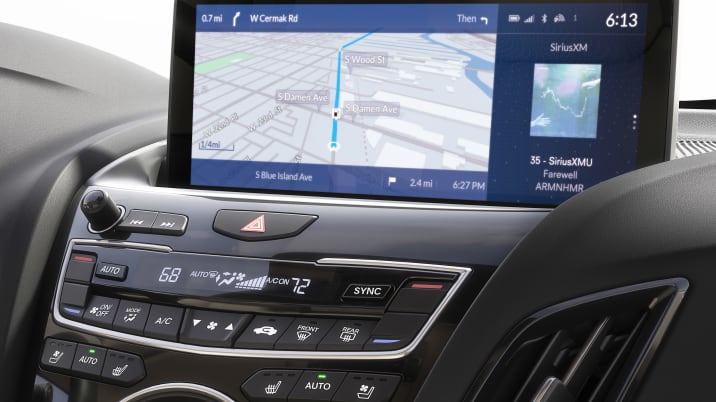 One of the other unique features of the touch pad is that there’s a ridge that divides it into two sections, the smaller of which mostly has room to slide up and down. This smaller section controls a shortcut menu to the right of the screen. It allows you to find and choose favorite functions without backing out to the main menu. It works as designed and is appreciated for preventing long treks through menus.

Finally, the placement of controls and screen are nice, too. The screen is up high, making it easy to glance at, and the touch pad is placed so that you can use it while sitting comfortably. We do think the touch pad could be made a little larger and more prominent though, since we sometimes had trouble finding it without looking. But otherwise, it’s comfortable, responsive, and does a lot to streamline usage. It’s not perfect – there’s a small learning curve and there are some little tweaks and enhancements that could be made – but overall it’s a strong system. And, on top of everything else, it has convenient physical buttons for all the climate functions and volume and tuning. 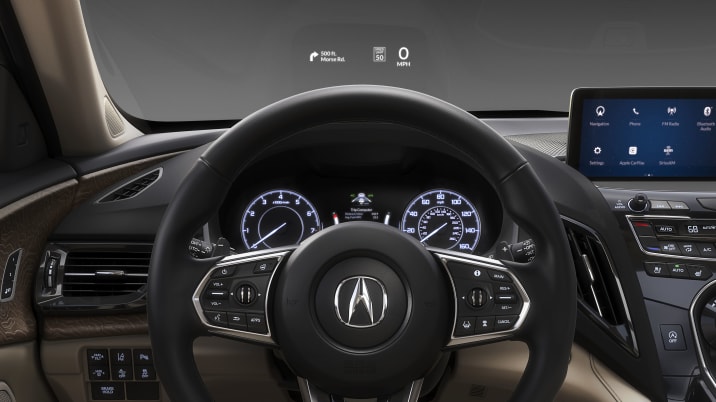 Our test RDX was also fitted with an optional heads-up display. Besides being very crisp and clear, it also boasts quite a bit of functionality. It can be used for accepting or denying calls, or working with the navigation and audio systems. These functions are controlled with buttons on the steering wheel. It’s very intuitive and responsive, too, and has the added benefit of being the easiest display to see while driving.

Acura has some impressive infotainment technology aboard the new RDX. The question remains, though, whether the rest of the luxury crossover matches it. We will be sampling the RDX out on the road soon, so stay tuned for our full review.