The semantics of mobility and transportation will revolutionize the word “car,” with the BlackFly personal aerial vehicle here to move the goalposts a bit further. A Silicon Valley startup called Opener has been in stealth mode for nine years testing and developing what is effectively a drone that carries a single human. The firm, backed by Google co-founder Larry Page and with Google’s former VP of Knowledge on its board, just revealed its first product last week. Opener founder and designer Marcus Leng told CBS he hopes to have the BlackFly on sale next year for the price of an SUV.

Sans wheels, the BlackFly can’t be driven on roads; Leng says the amphibious, all-electric vertical takeoff and landing craft works best from a grassy surface. The lack of proper car accessories gives BlackFly plenty of company in the space, though — Toyota’s flying car has no wheels, nor does Daimler’s Volocopter, the DeLorean Aerospace flying car, the European Space Agency’s Lilium, the Workhorse SureFly, or the Larry-Page-backed Kitty Hawk. The difference with BlackFly is that it’s ready to hit the skies right now, having been approved in Canada and the U.S. as an ultralight vehicle.

The vehicle uses four propellers on the front wing and four more on the back wing. The blades employ Leading Edge Asynchronous Propeller Technology (LEAPTech), a system developed on the NASA Ames X-Plane program that allows each of the propellers to turn at different speeds. Uber likes that concept, too, having hired Mark Moore to run its aviation engineering and design its Common Reference Model flying taxi. Moore worked on electric propulsion machines at NASA for 30 years, including the X-57 plane that had 12 propellers on its wing. 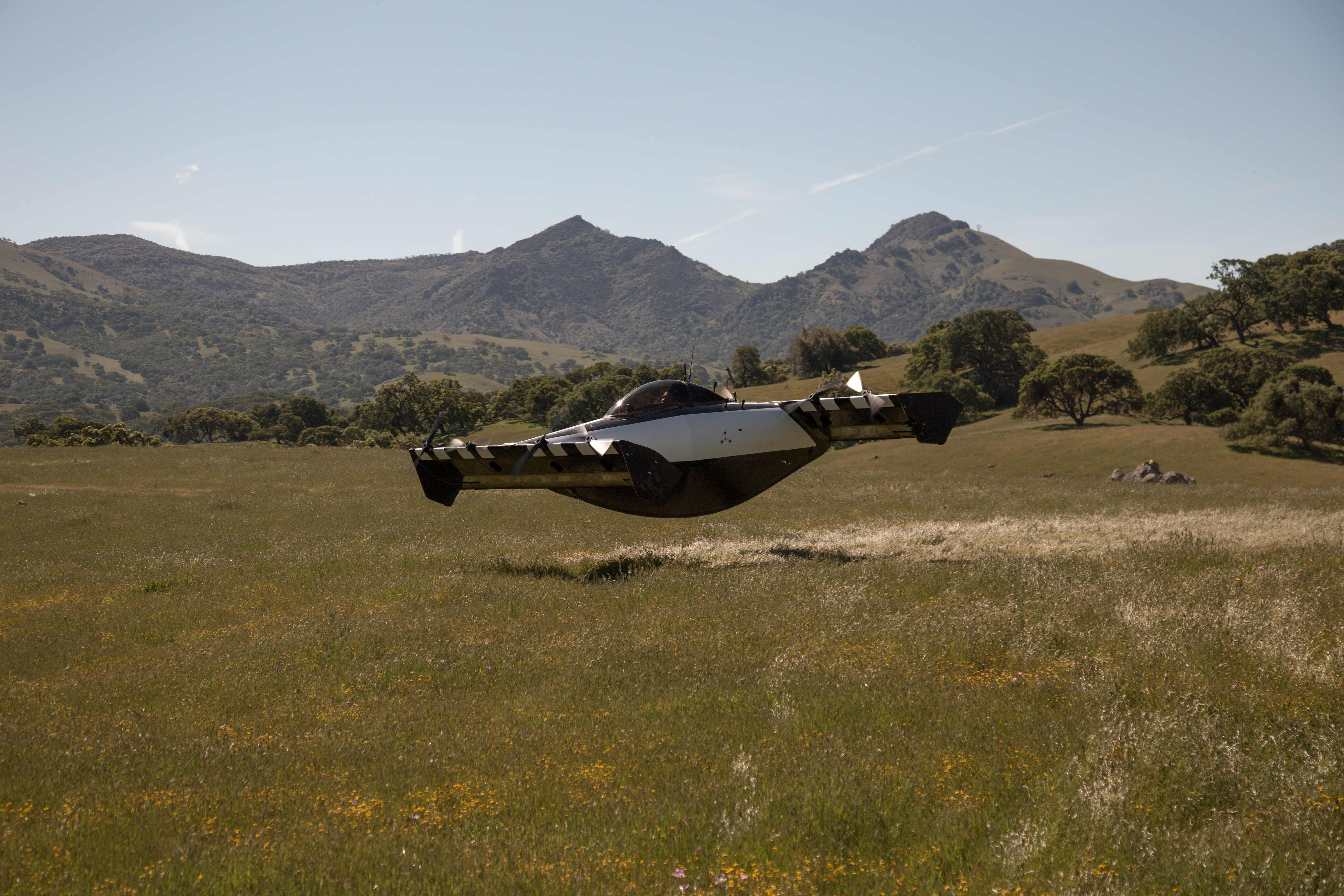 Opener says a new pilot could be in the air after several minutes of training, but will require owners in the U.S. to pass the FAA’s Private Pilot written exam. The joystick-controlled craft can assist with takeoff and landing, and has a Home button that commands it to return home autonomously. If the pilot takes his hand off the joystick, BlackFly will hover in midair. Triple redundant control systems, each with their own power source, work to stave off midair mishaps. It’s programmed to glide to a landing if all power gets cut, but an optional ballistic parachute will provide extra insurance.

U.S. restrictions mandate a maximum flight range of 25 miles and a maximum speed of 62 miles per hour, only in good weather in daylight, and never over urban areas. Canada requires an Ultralight license, but flight range is 40 miles at more than 72 mph. Aiming to integrate BlackFly into commuter transport at some point down the line, Opener says the craft will have a discreet noise signature (even though the promo video doesn’t prove that), can be geofenced, and a Super Charging option will permit full recharging in 25 minutes.

Visitors to this month’s 2018 EAA AirVenture Convention in Oshkosh, Wisconsin, can see the BlackFly in person and experience it in virtual reality. Some early acquaintance would be good, because that exceptionally steep takeoff and landing attitude could take some getting used to. 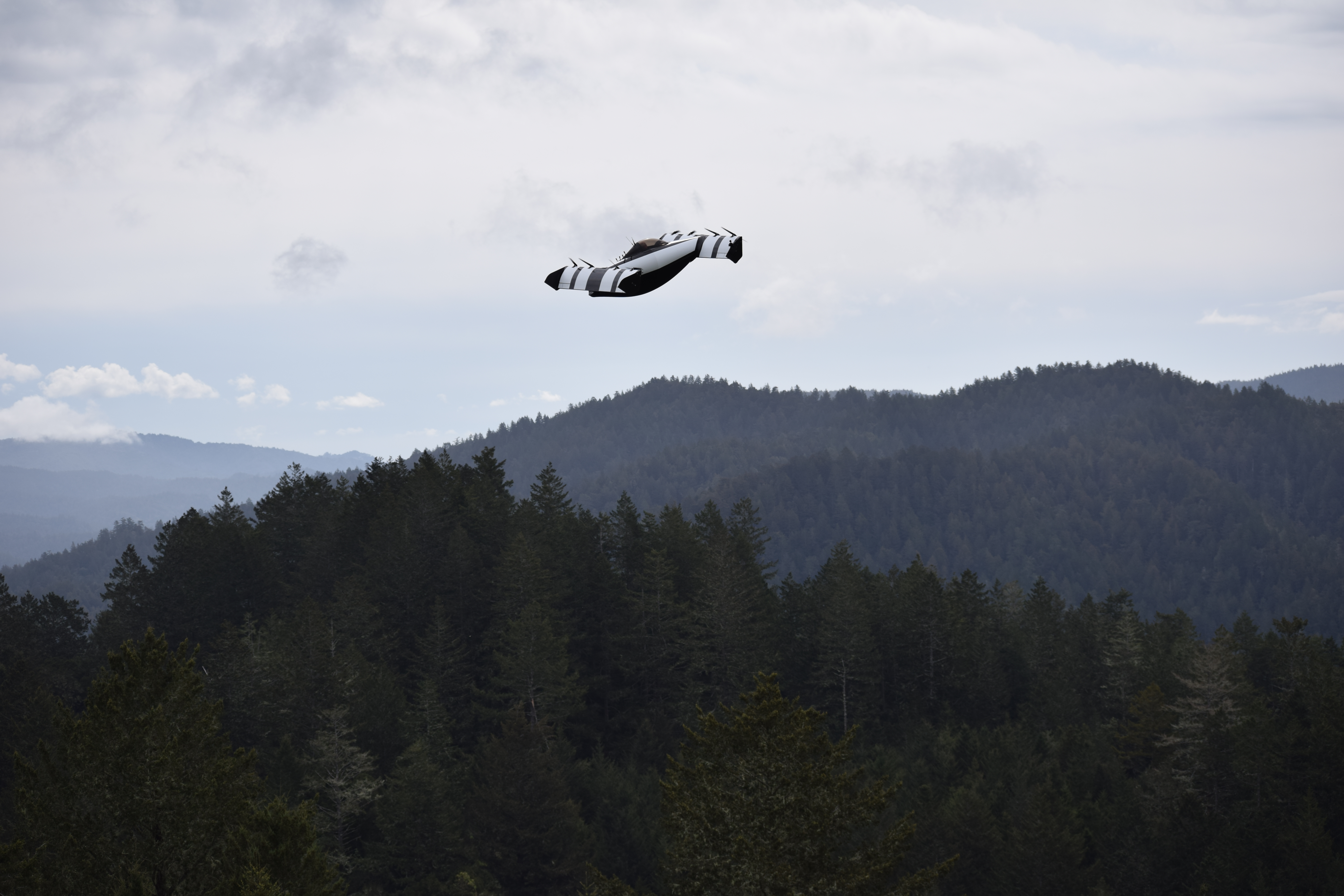