The Honda Accord exemplifies the idea that if you make something great, people will flock to it. This is a car that has always offered something for everyone – quality, fuel economy, value, comfort. But why we really love the Accord is because, as former Car and Driver Editor in Chief Csaba Csere says in the video above, “it always drove a little bit better than the competition.”

Today the Accord turns 40 years old. Over the past four decades Honda sold more than 12.7 million of them, making its iconic sedan the best-selling car in America during that time frame. Honda likes to point out that the Accord is still young at heart, as it’s the most popular sedan with the under-35 crowd.

Like most people, the Accord has grown larger and heavier through the years. But the appeal remains strong. The current Accord is one of our favorite family sedans, and a target that the competition rarely hits. It’s the car that’s synonymous with Honda in America, and in fact the first car built here when the Japanese company started production in Ohio in 1982.

Honda has taken a look back at the car with the video above, which chronicles the Accord’s history. The video below is a nice (if cheesy) comparison of the original 1976 model and the 2016 Accord Hybrid. And below that there’s a neat infographic that compares those two cars as well as what was going on in the world in 1976 versus now.

So happy birthday, Accord. We hope we’re still going as strong as you when we get to your age. 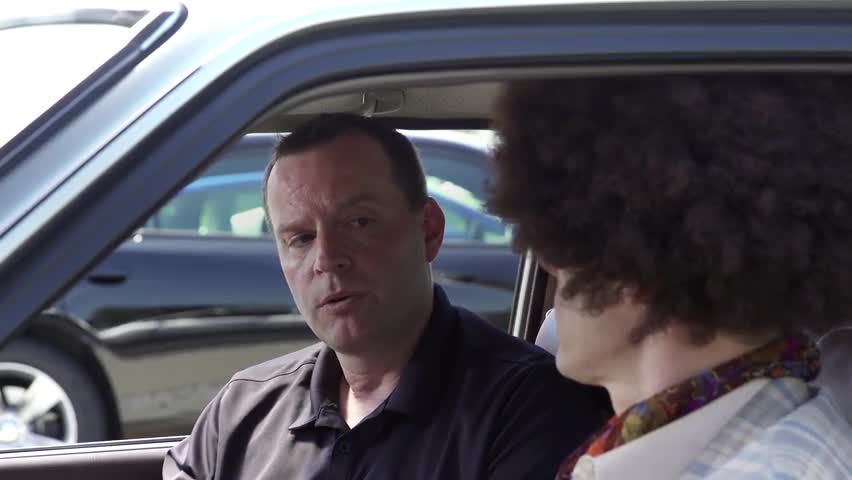 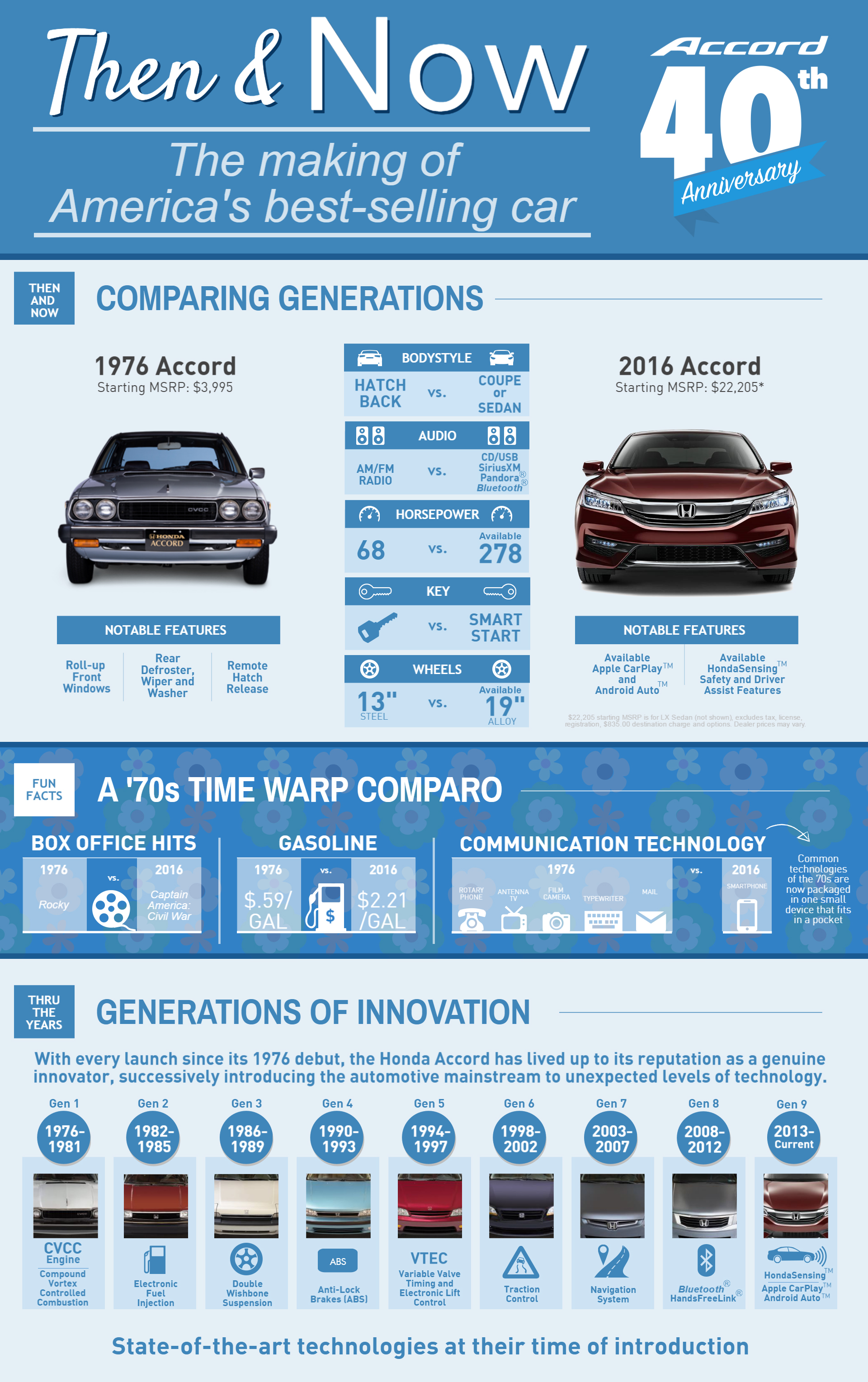