Music is medicine for injured troops

Bethesda, Maryland (CNN) — When Capt. Greg Galeazzi joined the Army seven years ago, he was well aware of the risks he would face.

“Of course you accept that injuries or death is a possibility,” Galeazzi said. “This is what happens to soldiers who fight wars.”

In 2011, that possibility became Galeazzi’s reality. While leading his platoon on a routine morning patrol, an improvised explosive device detonated beneath him.

“It felt like I got hit by a wrecking ball,” he said. 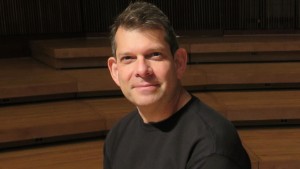 Though Galeazzi survived the blast, life as he knew it did not. Suddenly, he was a double, above the knee amputee and had a severely wounded right arm.

Before his injuries, playing the guitar had been a special pastime for Galeazzi.

“Music has always been important to me,” he said. “I felt a deep sadness because I thought I’d lost my ability to play music.”

“We match the injured troops with professional musicians,” said Arthur Bloom, who founded the program in 2007. “They help wounded warriors play music and recover their lives.”

Bloom, a graduate of the Yale School of Music, offers his services to patients at Walter Reed who have an interest in playing an instrument. Program participants practice technique. They write and record music. Or they may just get together for a jam session.

“Some of what we do you could call adaptive music making,” Bloom said. “The folks who are missing limbs or have damaged hands and arms sometimes require specialized instruments, which we provide.”

The journey to recovery for many troops is a long one. It can require dozens of surgeries and many years spent in medical treatment facilities.

“There’s so much downtime at Walter Reed, and that’s what we fill up with music,” Bloom said. “What we didn’t expect is that they’d get really, really good. So we formed a band.”

The MusiCorps Wounded Warrior Band is the performance component of Bloom’s program. The group has performed at some of the country’s premiere concert venues, including the Kennedy Center and Madison Square Garden, and with world-renowned musicians like Yo-Yo Ma and Roger Waters.

“When I see them perform, it just blows me away,” Bloom said. “They’re amazing even when they don’t perform. But performing shows other people — and it also shows them — that they’re amazing.”

Studies show that music can reduce anxiety and even help an injured brain heal. Bloom believes that music is medicine for the mind.

“I’ve seen guys come in here, and they’re going through such a tough time with their injuries that they are very withdrawn,” Bloom said. “The music becomes their new way of communicating. It can be just as powerful as the spoken word. … By injecting music into this space, we can inject life.”

The music becomes their new way of communicating. It can be just as powerful as the spoken word. … By injecting music into this space, we can inject life.
Arthur Bloom

Since 2007, Bloom and his group have helped hundreds of wounded warriors.

For Galeazzi, joining MusiCorps has helped restore his confidence and made him more optimistic about his future. In addition to rediscovering his musical ability, he is currently enrolled in pre-med classes.

“Something survived that horrible injury in Afghanistan,” Galeazzi said. “And that was my ability to play the guitar. Arthur and his program changed my outlook on what is possible.”

Bloom says the greatest reward has been working with the troop of amazingly talented individuals.

“Music has no stigma,” he said. “The folks we work with, when they do music, there’s nothing injured about the way they do it. It’s just good music.”

Want to get involved? Check out the MusiCorps website at www.musicorps.net and see how to help.